“False narratives,” not the alleged Russian attempts, were the ultimate form of meddling in the election, Carter Page told CNN, striking back at the network’s anonymous report claiming the FBI has proof he and other Trump advisers interacted with Russian agents. 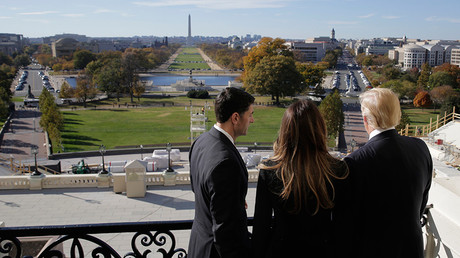 Carter Page made the comments to CNN on Saturday, just one day after the news outlet alleged that the FBI had gathered intelligence last summer suggesting that Russian agents attempted to infiltrate the election by using Trump’s advisers to do so.

Page was explicitly mentioned in the original CNN report, which cited unnamed US officials as sources.

Responding to the CNN report, Page noted that it said that Russia “tried” to infiltrate the campaign – which is a far cry from other terms previously used when it came to the Trump campaign’s alleged ties with Moscow.

“Remember the headlines for many, many months. The Trump campaign ‘colluded’ [with Russia] or there [were] nefarious things going on. Now they’re really reeling things back and someone is saying out there the word ‘tried’,” Page pointed out.

“I’ve certainly seen a lot of ‘tries’ going back for much of the last year. Trying to put in false narratives over many, many months,” he went on.

Page then referred to the “dodgy dossier” of unverified information which includes allegations of Russian ties to the Trump campaign, calling it the “ultimate try” and “swing and a miss.”

Commenting on the infamous dossier, Page told CNN: “There are certain questions I have, frankly speaking, just reading that report – two weeks before the inauguration day, I might add – that makes me wonder whether this was really just a political stunt.”

He added that “we’ve seen that looking back at the history of political intelligence operations going back many decades.”

The leaked dossier was said to be compiled by a former British intelligence official for Trump’s political opponents.

The Friday CNN report claims that Page is one of several Trump advisers that US and European intelligence found to be in contact with Russian officials and other Russians known to Western intelligence during the campaign.

It states that Page may have communicated with them unknowingly “because of the way Russian spy services operate.”

But when asked whether he was aware of Russian efforts of using him to get into the Trump campaign, Page was confident he was never asked for any information that would have breached the campaign.

Political commentator and satirist Tim Young told RT that he isn’t sure if the allegations of Russian meddling will ever end, adding that the left is merely looking for a scapegoat for losing the election.

It comes less than two weeks after the Washington Post reported that the FBI obtained a secret FISA warrant last summer to monitor Page’s communications, stating that there was probable cause to believe he acted as an agent for Russia and “knowingly engaged in clandestine intelligence activities on behalf of Moscow.” 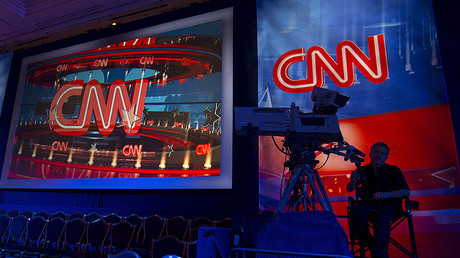 CNN asked Page about the FISA warrant on Saturday, in a way which Young said was “baiting” him. He accused CNN of trying to get Page to admit that the FISA court had a reason to connect him to a crime with Russia, calling the line of questioning “ridiculous.”

Young also noted that it was easy to “make up anything” when it comes to reports from unknown sources, such as the ones cited by CNN in the Friday report.

The US has repeatedly accused Russia of hacking the Democratic National Committee’s computer networks during the election, claiming Moscow was trying to “interfere” with the results.

However, there is no evidence to show that the Kremlin was behind the attack, with many in the intelligence community stating that all signs point to an insider leak, rather than an outside hack.

Moscow has denied Washington’s claims as untrue and baseless.