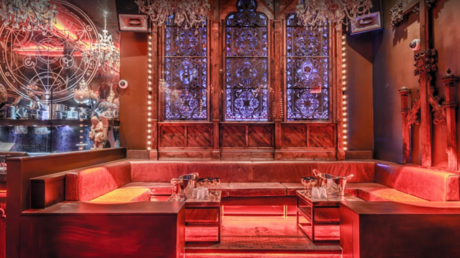 A lavish nightclub in London’s West End, which is popular with celebrities, is facing accusations that it has a racist door policy after a black woman was reportedly asked to pay double the cost of entry charged to white punters.

The Drama Park Lane club, a venue frequented by celebrities such as Drake and Rihanna, was alleged to have charged the woman £20 to enter, while white girls were only charged £10. The allegations, denied by the club, came about in a tweet by Nadine Marsh-Edwards who said her daughter had been discriminated on Sunday night.

The tweet got over 4,000 shares and prompted angry responses from outraged social media users. Councillor for Mayfair, Soho & Fitzrovia, Pancho Lewis, called the treatment “disgusting” and promised to investigate the issue further. It is not the first time the club is hit by accusations of it being racist.

A post on review platform Trip Advisor advised black people to “stay away”, while another said “I have never experienced such discrimination from a London club before.”

User Julia B described the club as a “disgrace”, branding the female bouncer as “the lowest you can imagine, obnoxious and racist.” Someone else wrote: “I’m white, but they turned away the black couple in front of us for no reason.”

The Mayor of London’s office told the BBC’s Newsbeat program that the capital’s Night Tsar Amy Lamé has spoken to Marsh-Edwards about the incident “and is hoping to meet with her shortly to discuss it further“.

A spokesperson for the Mayor of London said: “Discrimination of any kind is totally unacceptable and something that the Mayor will not tolerate.”

Labour councilors are now calling for the club’s license to be suspended while the allegations are investigated. The club denies allegations of discrimination and said:

“Promotions are offered for various reasons, but never on the grounds of discrimination of race, colour or national origin.

“We operate a non-discriminatory policy and we place a strong emphasis on diversity and inclusion.”