Hayley Geftman-Gold, the network’s now-former vice president and senior counsel, took to Facebook Sunday night after a gunman opened fire on more than 22,000 concert-goers at the Route 91 Harvest Music Festival in Las Vegas, killing 59 and sending hundreds to the hospital.

“If they wouldn’t do anything when children were murdered I have no hope that Repugs will ever do the right thing,” Geftman-Gold wrote on Facebook, presumably referring to the mass shooting at Sandy Hook in 2012.

Geftman-Gold’s comments were captured and published by the conservative nonprofit media organization, The Daily Caller News Foundation before the thread was deleted. 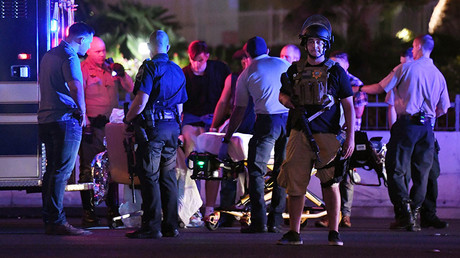 A CBS spokesperson confirmed that Geftman-Gold was fired because of the Facebook post which violated their standards.

“This individual, who was with us for approximately one year, violated the standards of our company and is no longer an employee of CBS. Her views as expressed on social media are deeply unacceptable to all of us at CBS. Our hearts go out to the victims in Las Vegas and their families,” a spokesperson told RT America.

Geftman-Gold had identified herself on her LinkedIn profile as a “vice president and senior counsel for strategic transactions at CBS Corporation,” according to fact-checking site Snopes.com. Geftman-Gold’s Facebook and LinkedIn accounts were deleted after her comments went viral.

CBS also recently faced backlash over comments made by former evening news anchor Scott Pelley, who wrote an Op-Ed just after Rep. Steve Scalise was shot by a gunman in June, questioning whether the attack was “foreseeable, predictable and, to some degree, self-inflicted.”

On Monday, President Donald Trump condemned the mass shooting as an “act of pure evil” and ordered the US flag to be flown at half-staff to honor the dead in Las Vegas.

The death toll from the shooting in Las Vegas has risen to 59, surpassing the 2016 Pulse nightclub shooting in Orlando, Florida to become the deadliest mass shooting in American history.

The Las Vegas Metropolitan Police identified the suspected shooter as 64-year-old Stephen Paddock. Police said they found Paddock dead in his hotel room on the thirty-second floor of the Mandalay Bay Hotel when they breached the room. No information has yet been released on his motives.