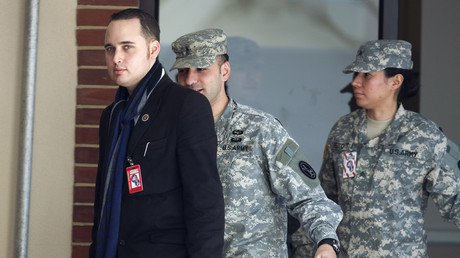 The cause of death of Adrian Lamo, the hacker best known for giving up army whistleblower Chelsea Manning to the FBI, remains a mystery after an autopsy report ruled it as “undetermined.”

The coroner’s office in Sedgwick County, Kansas published its findings Wednesday, three months after Lamo was found unresponsive in his apartment and pronounced dead at the age of 37.

According to the report, the cause and manner of Lamo’s death could not be determined. “Despite a complete autopsy and supplemental testing, no definitive cause of death was identified,” Scott Kipper, the county’s deputy coroner-medical examiner, said.

The report, however, did outline various factors that could have potentially led to Lamo’s death, including a seizure or drug use. Lamo had a history of anxiety, depression, Asperger’s syndrome, and drug and alcohol abuse.

Multiple drugs were detected in Lamo’s system during the toxicological analysis including esoteric drugs such as flubromazepam – a benzodiazepine derivative. The coroner’s assessment also suggested the possibility that a rare drug not tested for may have been in Lamo’s system.

Lamo also suffered from a seizure disorder that could not be ruled out as a possible cause or contributing factor to his death, the coroner’s office noted. Several bruises were identified on the body including descriptions of blunt force injuries to parts of his lower back, arms, and legs.The coroner report also stated that Lamo had creatinine levels consistent with kidney failure but the cause of this renal failure was undetermined.

Lamo was found dead on March 14 – a week after he was last seen alive. His death was the subject of intense speculation at the time.

Professional informer Adrian Lamo autopsy report: cause of death unknown but attached to the skin of the left thigh, under the clothes, is a sticker “Adrian Lamo Assistant Director Project Vigilant… Washington DC” https://t.co/7gvuDE6bI3

One peculiar observation made by pathologists and noted in the report was the presence of a sticker attached to Lamo’s left thigh. It read “Adrian Lamo Assistant Director Project Vigilant Threat Analysis/Investigation 70 Bates Street Northwest, Washington DC 20001.”

Project Vigilant was the self-described secretive cyber-group that claimed it encouraged Lamo to disclose Manning as the source of the WikiLeaks leak after she confided in him in a web chat.

Lamo, who was previously known for hacking a number of high-profile companies, including the New York Times, Microsoft, and Yahoo, gained notoriety after turning Manning in to the FBI in 2010 for leaking a trove of classified material including the infamous ‘Collateral Murder’ video to WikiLeaks.