A London man posing as a woman on Tinder has been sentenced to 15 years in prison after tricking unsuspecting blindfolded men into sex.

Duarte Xavier, a 33-year-old resident of Wandsworth, was tried and convicted of sexual assault after luring several men from popular dating app Tinder to his apartment by posing as a woman named ‘Ana’.

After the men arrived at his apartment, Xavier would come up with excuses for his victims to wear blindfolds or cover their faces in order to prevent his identity from being revealed, and then initiate sexual contact. 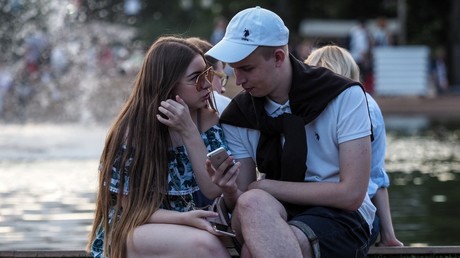 Two of Xavier’s victims discovered the truth, midway through the process, after removing their blindfolds, at which point they fled the apartment and called the police. Xavier was arrested twice in connection to such assaults before receiving a serious sentence on Friday.

One of the men was instructed to meet ‘Ana’ in King George’s Park, where the two had sex. The man did not figure out he had been tricked until several days later when he came for a second date. He was initially too embarrassed to report the incident to the police.

After discovering the truth, Xavier’s final victim phoned the police, waiting outside Xavier’s apartment until their arrival. The man later described the incident in court, stressing that he had received post-traumatic stress disorder as a result of the incident: “He was so convincing. It was supposed to be a bit of honest fun between two consenting adults,” he said, according to British media. “I now have extreme stress, anxiety, panic attacks and depression.”

Vice-judge advocate general Michael Hunter told Xavier upon sentencing him that: “You have been found guilty of what can only be described as a campaign of deception and obtaining sex by pretending that you were a woman”, adding that the perpetrator had “demonstrated no remorse or understanding” of his victim’s position.

The judge also took note of the rarity of sexual assault against heterosexual men and expressed his hope that this fact did not affect the case’s priority.

Following the sentencing, the Metropolitan police put out a statement asking for other potential victims to come forward.