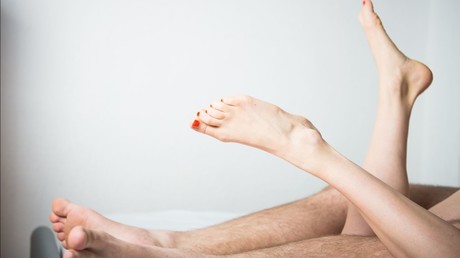 Health officials have issued stark warnings as data reveals that sexually transmitted infections are soaring in the US. A report has found that cases of syphilis, chlamydia, and gonorrhea have spiked for the fourth year in a row.

In preliminary data showing sexually transmitted disease trends over the last five years, the Centers for Disease Control and Prevention said that there is evidence of a “steep and sustained” increase in certain diseases.

The data reveals that there were nearly 2.3 million cases of chlamydia, gonorrhea, and syphilis last year. The CDC say gonorrhea diagnoses have jumped 67 percent in four years, while the prevalence of syphilis increased by approximately 76 percent between 2013 and 2017.

In a statement, the CDC said that the diseases are usually curable with the help of antibiotics, however, if left untreated the infection can lead to infertility, stillbirth in infants, and even an increased risk of HIV.

“We are sliding backward,” Jonathan Mermin, the CDC’s director for HIV/AIDS, Viral, STD and TB Prevention, said. “It is evident the systems that identify, treat, and ultimately prevent STDs are strained to near-breaking point.”

The worrying rise has prompted the National Coalition of STD Directors (NCSD) to hit out at cuts to federal STD funding.

David C Harvey, executive director of the NCSD, believes it is no coincidence that STDs are “skyrocketing.”

“State and local STD programs are working with effectively half the budget they had in the early 2000s,” Harvey said. “If our representatives are serious about protecting American lives, they will provide adequate funding to address this crisis. Right now, our STD prevention engine is running on fumes,” he added in a statement.