Dozens of people were forced out of their apartments into blizzard conditions in Perth Amboy, New Jersey, as a carbon monoxide leak poisoned at least 41 people and killed a teenager.

A 13-year-old girl is dead and three of her relatives are in critical condition Thursday evening, following the poisonous gas leak in a 12-unit apartment building, WNBC reported. 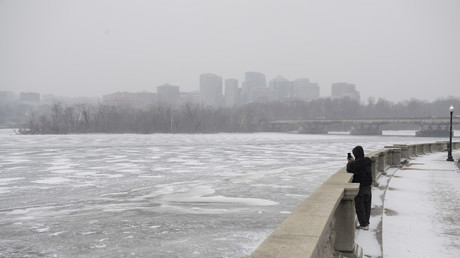 A total of 41 people were treated, including 27 police officers, about 20 percent of the police force, according to WNBC. Six people arrived at the hospital unconscious, according to WABC.

Many of the exposure victims were children, according to WABC. Kids were reportedly seen fainting, as emergency responders set up a triage outside the residential building.

The cause of the leak is under investigation.

About 400 Americans die every year from carbon monoxide exposure, according to the US Centers for Disease Control and Prevention. The gas is known to leak from portable heat generators.

Symptoms of carbon monoxide poisoning can include nausea, shortness of breath and other flu-like traits.