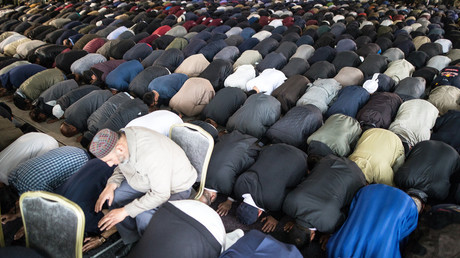 A car reportedly drove into pedestrians outside the Shah Jalal mosque on Ettington Road in Aston, Birmingham on Friday, injuring two men before speeding away.

Officers from West Midlands Police were called to the scene at about 2:15pm after receiving reports that two men in their 20s had been injured in a hit-and-run incident, reports the Express.

Police are now appealing for witnesses, or those with security cameras in the area, to come forward.

“The investigation is at an early stage and we’re still trying to establish exactly what has happened,” Detective Inspector Greg Evans told to paper.

Police are not ruling out a terrorist-related motive for the incident, which has left one of those hurt with a head injury. The other was described as “walking wounded.”

“At this time we have not ruled in or out the potential that this could be terror-related but we’re keeping an open mind until we have investigated further. I’d really like to hear from anyone who has any information or CCTV of the incident or who may have dash cam footage.”