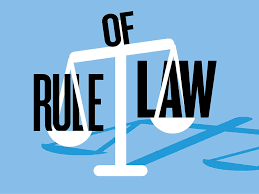 Canada’s fealty to the rule of law is much spoken of nowadays by Liberal politicians in regards to a current pending extradition request made by the United States to Canada. Canada became embroiled in the international trade spat between the US and China when it arrested Meng Wanzhou, the chief financial officer of telecommunications giant Huawei at the behest of the US government. Indeed, some more critical types would characterize it as nothing short of a kidnapping. Meng has been alleged to have broken US sanctions against business dealings with Iran. The charges against Meng, however, are not considered to violate any Canadian laws — nor, according to China’s embassy in Canada, any US laws.

As a justification for the high-profile arrest, a repeating media chorus is heard in the Canadian political scene:

Former foreign minister Peter McKay said, “… we are following our rule of law.”

Current foreign affairs minister Chrystia Freeland intoned, “Canadians expect me to stand up for the rules.”

Prime minister Justin Trudeau asserted, “Canada is and always will remain a country of the rule of law.”

Trudeau emphasized that “all through this and through whatever happens in the world Canada stays consistent with the rule of law and applying our judicial system and we always will.”

Mind you, these words about adherence to the rule of law are spoken by Canada’s first prime minister found to have broken federal ethics laws.