Learning about relationships and when it’s okay to kiss someone might seem like topics for a middle school sex education class. However, the US military has spent $700,000 teaching soldiers exactly that. 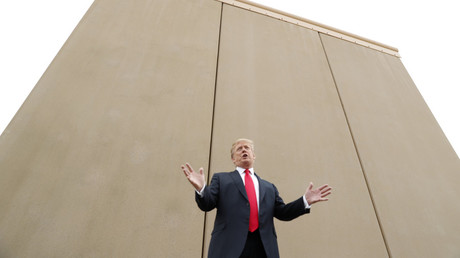 The ‘Can I Kiss You?’ presentation was part of a Sexual Harassment/Assault Response and Prevention Program which was held at Joint Base Langley-Eustis on April 25.

The one-man show was performed by guest speaker Mike Domitrz, with a military press release playing up the presentation as “using humor and personal anecdotes to create an open dialogue about respect, consent, and sexual assault prevention.”

As the title suggests, the main crux of the exercise was to tell soldiers they must ask a woman before they kiss her at the end of the date, The Washington Free Beacon reported.

That advice comes at a huge cost to the Pentagon. In fact, Domitrz’s organization, the Date Safe Project, has received $697,627 in taxpayer money since 2009.

The training came just days before a Pentagon report revealed a 9.7-percent increase in reports of sexual assault involving service members as victims or subjects of criminal investigations.