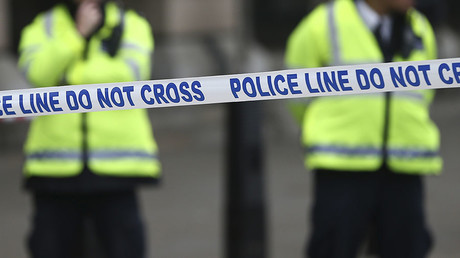 British police have confirmed that a suspicious package has been found near the offices of embattled political communications company Cambridge Analytica in central London. The building in New Oxford Street has been evacuated.

Images on social media show a police cordon in place and emergency vehicles in attendance. Police have closed nearby roads “as a precaution” and said “no injuries have been reported.”

The London-based political consultancy has been at the center of a storm this week after a whistleblower said the company had paid an academic to harvest the data of 50 million Facebook users to build profiles of American voters before the 2016 U.S. election.

Britain’s Channel 4 also ran an expose that caught Cambridge Analytica (CA) executives on camera explaining the questionable methods used by the company to assist their clients – including the entrapment and of rival political candidates in fake bribery stings and hiring prostitutes to seduce them.

In one recording, the company’s CEO Alexander Nix can be seen telling undercover reporters: “It sounds a dreadful thing to say, but these are things that don’t necessarily need to be true as long as they’re believed.”

Nix has since been suspended and Britain’s Information Commissioner has said it is seeking a warrant to raid the office.

CA’s offices are on one of Britain’s main shopping streets in the center of London.