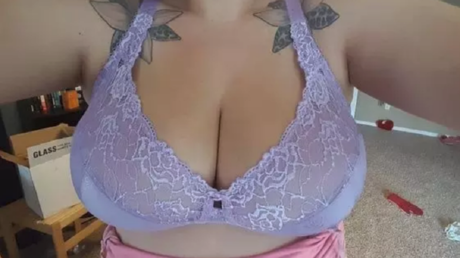 A BuzzFeed article pimping out a bra designed to provide much-needed relief to “big-breasted people” has been barraged with insensitive comments pointing out that bras are actually worn by a special type of people called “women.”

Homo sapiens on the World Wide Web responded with jubilation at the news that after hundreds of thousands of years of human evolution, there was finally a bra comfortable for big-boobed… people.

It’s the best bra that peoplekind has ever invented.

“It’s the best bra that peoplekind has ever invented!” one gender-neutral netizen gushed.

Others, however, rudely suggested that bras are worn by a specific category of people, sometimes referred to as “women.”

But what was BuzzFeed’s motive for billing a women’s garment as an androgynous mammary holder? Even the Amazon page which the animated-GIF filled BuzzFeed ad linked to clearly lists the item as a “women’s” bra. Twitter has theories.

My favorite thing about this wording is the fact that transgender women want to be referred to as women, so why not say women? Is this a freudian slip regarding their ability to pass? Kinda bigoted BuzzFeed.

The curious word choice prompted other pressing questions to bubble to the surface: Why do people – both with and without bras – continue to read BuzzFeed?