Nevada rancher Cliven Bundy is suing President Barack Obama and other officials, seeking his release from solitary confinement. Meanwhile, nine environmentalist groups have now urged the government to seize Bundy’s cattle, despite giving up in 2014.

Bundy has been in jail since his arrest in February, at the Portland, Oregon airport. He was traveling to the central part of the state, where his sons Ammon and Ryan had been leading the occupation of the Malheur National Wildlife Refuge.

The protest was partly motivated by the Bureau of Land Management’s (BLM) mistreatment of two local ranchers, and partly by the Bundys’ belief that the federal government had no right to own vast tracts of land in the Western US.

Senator Reid and his son are accused of negotiating an under-the-table deal to benefit from the seizure or sale of the land used by Bundy for grazing, reportedly involving the “communist Chinese.”

BLM Director Neil Kornze is described as “longtime Reid aide” who sent the “equivalent of federal storm-troopers” to Bundy’s ranch, where they proceeded to “kill their cattle, including burying bulls in secret mass graves.” The lawsuit demands Bundy’s release from solitary confinement and the dismissal of his indictment. 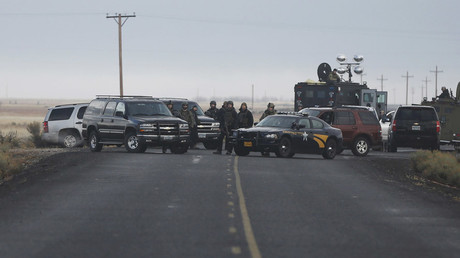 In April 2014, BLM agents and government contractors attempted to round up Bundy’s livestock that they said were trespassing on federal land. Six animals were killed and four were euthanized in the operation. After dozens of armed civilians showed up to support the Bundys, Kornze decided to “suspend” the roundup, citing “serious concerns about the safety” of BLM employees.

On Monday, nine environmentalist groups sent a letter to Kornze urging the BLM to renew its efforts to remove Bundy’s cattle from federal lands, which they say are the habitat of the endangered Mojave desert tortoise (Gopherus agassizii).

While commending the agency for withdrawing from the 2014 standoff with the Bundys’ armed supporters, the environmentalist groups noted that the situation has changed since.

“Now that Mr. Bundy and many of his allies are being held in federal prisons for their actions during the 2014 round-up event, we believe the threat to agency personnel on the ground is substantially less than it was two year ago. Therefore, we urge you to now take action to remove the trespass cattle that have been threatening the Mojave desert tortoise for over twenty years,” the letter said.

The groups noted that the Gold Butte area, where Cliven Bundy has been grazing his cattle without paying federal fees since 1993, was set aside under a 1998 conservation plan, to offset impact from development in Clark County – where Rory Reid was commission chair from 2002 to 2010.

“If this habitat is unprotected from trespass livestock grazing, it cannot be an effective offset for impacts elsewhere,” their letter says. 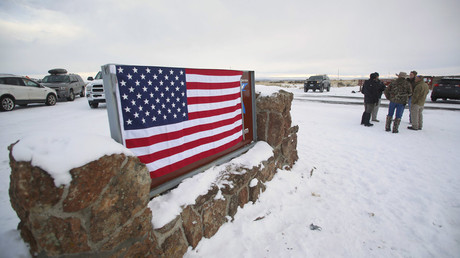 “The need to remove Mr. Bundy’s livestock is separate and apart from the current prosecution of Mr. Bundy’s federal charges, and the BLM must not wait to act to protect the desert tortoise. The cattle should be rounded up and removed from these public lands no later than summer 2016,” said the letter, signed by Travis Bruner of the Western Watersheds Project.

So far, the BLM has deferred another operation to gather and remove the livestock, citing the ongoing criminal investigation of the Bundys coordinated by the Department of Justice.

Ryan Bundy’s wife Angie said the family would not be surprised if government agents showed up at the ranch again.

“I really believe they’ve conveniently put our men in jails so they can come after our land and our resources,” she said, according to the Guardian.

Cliven Bundy’s youngest son Arden, 18, was running the ranch with the help of his relatives, Angie said. “The cows should do well this year if people leave them alone.”