The European Union has officially started to freeze British companies out of its contracts, while encouraging UK-based businesses to move to the Continent.

An internal memo signed by top Brussels officials and seen by the Financial Times warns EU staff to avoid “unnecessary additional complications” with the UK until it officially withdraws from the bloc in 2020. 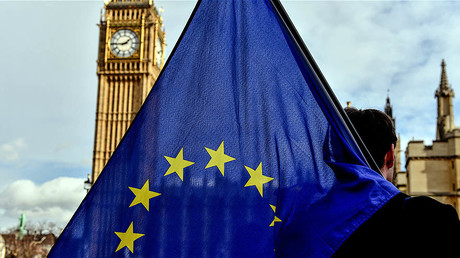 The memo also urges EU staff to encourage private British businesses to prepare for the “legal repercussions” of Brexit and consider moving an office to the EU in order to continue their operations in the single market.

The UK-based companies should consider the “requirements, according to EU law, for marketing authorization holders or registrants to be established in the EU or to have an office in the EU,” the note states.

The memo also says the European Commission and its agencies are expected to “take account” of the fact that Britain will be “a third country” in two years, when concluding multibillion-euro contracts and appointing staff.

This echoes the new rules issued by the European Commission that allow immediate cancellation, without any penalty, of contracts related to the €10 billion (£8.5 billion/US$10.76 billion) Galileo satellite navigation project if one of the companies no longer resides in an EU member state.

The leaked memo also encourages the commission staff to prepare in advance for “disconnecting” Britain from the EU-based databases, including crime-fighting and asylum databanks.

“In the absence of certainty about arrangements (if any) for a future relationship, commission services and decentralised agencies should start considering the practical aspects of disconnecting access from non-public databases hosted by EU bodies,” the note says.

Earlier this month, EU Council President Donald Tusk rejected the idea of the UK reaching a trade agreement with Europe before it fully withdraws from the EU.

“Once, and only once, we have achieved sufficient progress on the withdrawal, can we discuss the framework for our future relationship,” Tusk said, as cited by the Guardian.

“Starting parallel talks will not happen.”