Two brothers who were stopped and searched by police over a fist bump have said their treatment amounts to “racial profiling.”

Liam Joseph and his brother Dijon were searched by officers outside a Nisa convenience store on Deptford High Street after they met each other and bumped fists. They were searched as one policewoman “believed” she saw them exchange drugs.

In a video posted on Facebook by Dijon, he described the situation on February 27 as “mad.” A post accompanying the video – which got more than 200,000 views – read: “To continually be antagonized then branded as an aggressor is not only provocation but psychotic.”

In the same post, Dijon hits out at the fact that, while officers accused him of behaving aggressively and tightly cuffed his hands, he responded: “I’m not being aggressive… I’m a big guy,” to which the officer replied: “Exactly.”

They restrained his brother Liam. Failing to find any drugs on him, one of the officers took his car keys to search the vehicle. Police finally arrested Dijon as they found his girlfriend’s card in his wallet, which they thought he had stolen. After keeping him for 40 minutes and talking to his girlfriend, they let the brothers go.

The incident is now under investigation by the Independent Office for Police Conduct, as the brothers claim they were racially profiled, searched on no plausible grounds, and had unnecessary force used against them. 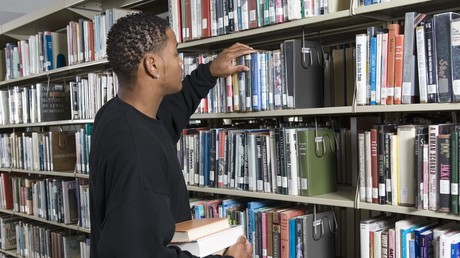 Labour MP David Lammy, who has previously carried out a review of racial disproportionality in the justice system, said the brothers’ treatment is emblematic of how police treat black men.

“This is an exemplary case of the hugely damaging impact that stopping and searching innocent young men can have in driving a wedge between the police and the communities they serve,” the Tottenham representative said, according to The Guardian.

Dijon said the confrontation with police is not unprecedented, before adding: “There was no dialogue. There was no attempt to get our attention whatsoever, and it shouldn’t be that way,” The Guardian reports.

Liam, a professional musician, said he was readying to protect himself as he watched the officers’ resolve to search him. “I felt ashamed, and I felt disrespected and I felt threatened; and it felt like it was a toe-to-toe situation,” he said. “The whole time, in the back of my mind, I was watching them to, if necessary, get ready to weave to the left or the right to protect myself.”

The British state’s treatment of ethnic minorities has been in the spotlight in recent weeks as the Windrush scandal continues to grow. Most recently, immigration charities and MPs said the scandal looks set to affect not only those from the Caribbean but also other Commonwealth migrants.