Britain’s order of F-35 fighter jets may be significantly slashed as the list of problems bedevilling the stealth planes grows, along with the ‘issues’ of the UK defense budget. The UK has ordered 138 stealth jets. Pilots say the F-35’s will revolutionize air combat as it is the most advanced jet ever assembled.

However, for the first time, officials have suggested that the number could be scaled down as it remains unclear how much each jet will actually cost.

The UK Ministry of Defense (MoD) is likely to pay around £80 million ($103 million) more than its earlier estimate of £9.1 billion ($12bn) for the jets. The spiraling costs are due partly to the fall in the value of the pound, allied to a spate of technical glitches to hit the F-35. 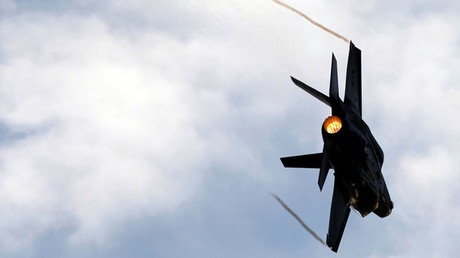 At the same time the government is demanding a £30bn ($39bn) saving across Britain’s Army, Navy and Air Force.

MPs on the Commons Defense Committee have now heard it’s not possible to accurately forecast the cost of the fighter jets as the MoD said it would have to “make adjustments in our program accordingly.”

Britain said it would “maintain our plan” to pay for the full order of the Lightning aircraft.
So far Britain signed up for delivery of 48 F-35’s, estimated to cost around £9.1bn.
Permanent Secretary Stephen Lovegrove refused to be drawn on the cost of the rest, while problems are reported during testing in the US.

Lovegrove said it would be “imprudent” and “misleading” to give a figure. This was not well received.

Mark Francois MP, a former defense minister, said the public would be “pretty shocked.”
“Is it any wonder people have some skepticism about budgeting in the Ministry of Defense,” he added.

Julian Lewis MP, committee chairman, indicated this could mean the order is scaled down. 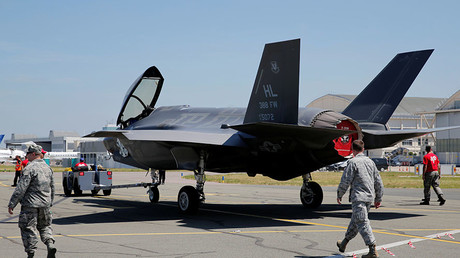 Claiming a rise in price could mean “we are going to have to adjust the numbers of these aircraft that we order.”

Five incidents of pilots suffering hypoxia-like symptoms have been reported during test flight as well as issues with maneuverability.

Lewis asked directly if what the MOD was reporting meant that aside from the “safe” 48, the status of the other F-35’s remain unclear.

Lieutenant General Stephen Poffley, deputy Chief of the Defense Staff, said: “We would consider exactly that dynamic at the point at which it was evident that we weren’t able to pursue our original plan of 138, but that is some way off.”

Such a move would mean Britain keeps older jets the F-35 is due to replace while other militaries move on.

Italy, the Netherlands and Turkey are all hoping to complete their orders of the jets.