British sex-robots enthusiasts will now be able to get their wares for just £25 per month, after a London-based firm offered the deal in anticipation of the technologies’ coming popularity.

Silicone Sex World teamed up with credit broker Ideal 4 Finance to offer customers the chance to pay in installments with interest rates of 4 percent, in an attempt to open up the sex tech industry to those who previously found it prohibitively expensive. 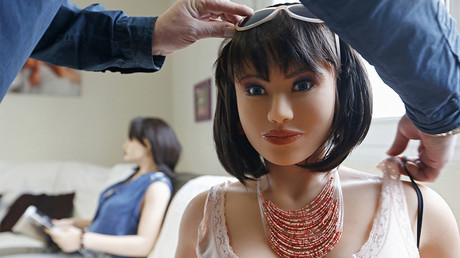 The price of sex robots (£13,000 plus for the most advanced models) is holding back many customers who are keen to engage with the technology, Silicone Sex World told the Sun.

The company is providing the “opportunity to be a doll owner, without the added pressure of having to save for long periods.” If customers desire the cheapest model on offer (£1,300), through Ideal 4 Finance, they can pay as little as £25 a month, over a five year period.

“It’s a rapidly growing industry and we want to make sure we are as competitive as we can be. There’s obvious payment benefits to this kind of finance option and it comes at an exciting time for the business.

“Interest in our products has grown steadily over the last year and we want to make sure our great products are affordable to those who are interested in the sex doll experience,” Richard Thorne, marketing manager at Silicone Sex World, told the Sun.

Sex robots are playing an increasingly significant role in the $30 billion sex-tech industry, according to British research published in the journal BMJ Sexual & Reproductive Health.

The sex robot market is set to take off both in Europe and in the US, with brothels being opened up in various European cities. A survey of some 2,000 men and women in the US found that 49 percent of men would be open to having ‘sex’ with an “enhanced, hyper-realistic” doll.

The prospect of widespread usage of sex dolls has raised ethical questions, with proponents of the technology arguing that it will limit harm by channeling sexual urges, while opponents say that sex dolls will only increase ‘misogynistic objectification.’