The European Parliament may grant British people living and working abroad the same rights and advantages they enjoy as EU citizens, regardless of the outcome of Brexit negotiations.

A draft resolution to be presented to the European Parliament suggests leaving British citizens with their freedom of movement rights after the UK exits the bloc. 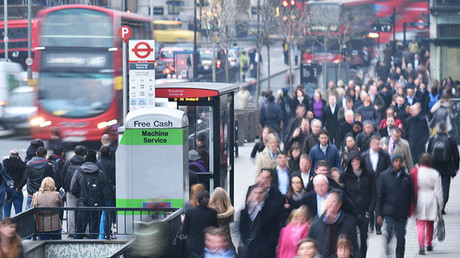 Today, Prime Minister Theresa May signed off on a letter expressing the UK’s intention to leave the EU under Article 50, officially triggering the two-year divorce process.

A proposal to preserve the rights of British people abroad was reportedly made by the EU Parliament’s chief negotiator, Guy Verhofstadt.

Noting how many Brits have expressed “strong opposition” to losing their right to free movement, point 27 of the resolution calls for the EU Parliament to address this issue.

The plans, which are likely to be approved by Members of the European Parliament’s approval, read: “[The Parliament] takes note that many citizens in the United Kingdom have expressed strong opposition to losing the rights they currently enjoy pursuant to Article 20 TFEU; proposes that the EU-27 examine how to mitigate this within the limits of Union primary law whilst fully respecting the principles of reciprocity, equity, symmetry and non-discrimination.”

“Article 20 TFEU” refers to the rights of EU citizens under the Lisbon Treaty, which includes the right to free movement and the right to vote for the EU Parliament.

Britons risk losing these rights after the UK leaves the EU.

According to the Independent, Liberal Democrats leader Tim Farron hailed the plans as “a boost for the millions of British citizens who don’t want to see their European identity robbed from them by a hard Brexit,” especially as the government has chosen the most “divisive” form of Brexit, and Labour has waved a “white flag.”

The proposal also says any deal coming out of the negotiations triggered by Article 50 should only be binding for three years and be “limited in scope.” It also rules out a special deal for the City of London.

The news follows May saying she could not guarantee that EU migrants in the UK will still have the right to stay if the EU fails to reciprocate for Britons living abroad.