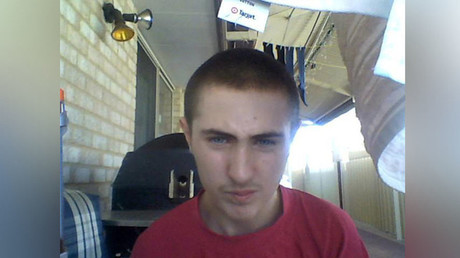 A British woman who stabbed an autistic teenager to death has been jailed for life in Australia. The vicious murder made Jemma Lilley, 26, feel “euphoric,” the court heard.

Lilley, originally from Lincolnshire, killed 18-year-old Aaron Pajich at her home in Perth, Australia, to tick murder off her ‘bucket list,’ the prosecution claimed. She and accomplice Trudi Lenon, 43, were sentenced to life imprisonment with a 28-year minimum term by the Supreme Court of Western Australia on Wednesday.

During the four-week case, the court heard Pajich had been lured to Lilley and Lenon’s home in Orelia on June 13, 2016. Lenon accused Lilley of garroting Pajich from behind as he was installing a program on a computer. After the wire broke, Lilley stabbed the teenager three times, according to Lenon’s testimony.

Prosecutor James McTaggart told the court that Lilley killed Pajich to cross murder off hcharer ‘bucket list,’ adding that she was so “full of herself and euphoric” that she boasted about the act to a colleague. Soon after the murder, Lilley bragged about the incident to colleague Mathew Stray, who later testified in court. The evidence from Stray was crucial to Lilley’s conviction, as she told him accurate details about the murder before Pajich’s body was discovered.

Lilley, who had a troubled childhood and moved to Australia in 2010, had developed a long-term fascination with horror films, murder and serial killers. She also penned a book about a serial killer titled ‘SOS.’

Lilley’s stepmother Nina, 48, told the Times that Lilley had “always had an obsession with serial killers” but this had been “a way of venting her frustration of what happened when she was a child.” Speaking after the conviction, she said: “The book was a big problem with me. At the beginning I was, ‘fair enough you want to write a horror story,’ but I didn’t like the contents of it.”