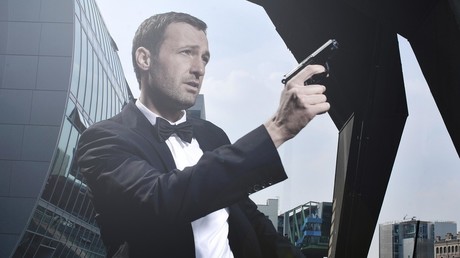 Becoming a British spy, and finding out who they are, is set to become a whole lot easier as one university is now offering degrees in international espionage.

The University of Buckingham is set to offer students the opportunity to attain an undergraduate degree in security, intelligence and cyberthreats. The course which will launch in January will be run by former government intelligence worker Julian Richards.

Where once a wannabe spy’s path involved a euphemistic tap on the shoulder at Cambridge or a degree in International Relations, students are now seeking new ways into intelligence services, Richards was quoted in the Times as saying.

Richards believes that international relations has become too focused on the “ills of the war on terror” and criticizing Western states. “Increasingly these courses are missing the complexity of how states need to fight against the terrorist threat,” added the professor.

So less criticism of the state and it’s dubious method and more good-old-fashioned spycraft.

The course flies in the face of the traditional culture of the spying agencies where social connections and class often went further than ability or qualifications.

The extent to which the British secret services were susceptible to infiltration was highlighted when 5 well-connected Cambridge students were recruited by the Soviet Union to spy on Britain. Each made their way to upper echelons of British society before being discovered. None were ever prosecuted.

READ MORE: You’ll never guess where the next James Bond villain is from…

The course also does away with the notion of secrecy, the thought of potential spies all gathering in a fixed location, with a fixed timetable would surely prick the ears of any interested foreign intelligence agents.