Newspaper editors have united to denounce Labour’s proposed data protection amendments that some predict would have a “severe chilling effect” on the UK press, if they were to be enacted into law.

The changes have been characterized by billionaire media mogul Rupert Murdoch’s Times newspaper as a severe change to data protection law that would “muzzle the press and return Britain to the legal Dark Ages.”

The proposal has been negatively criticized by regional newspaper editors and even ‘liberal’ press outlets such as Guardian News & Media (GNM), who have warned that the proposed changes would “further erode press freedom.”

Labour is tabling two amendments to the data protection law, the one that seems to have really rattled the UK press is Tom Watson and Liam Byrne’s proposal for “costs sanctions”, requiring publishers to pay all the claimants’ costs of legal action brought against them, win or lose, unless they are paid-up members of a state-backed regulator. Impress, currently the only such regulator, is backed by former FIA boss Max Mosley’s family trust – a previous donor to Watson.

It’s these costs and the insistence on signing up to a state-backed regulator that appears to have riled press editors, including those that head regional newspapers. 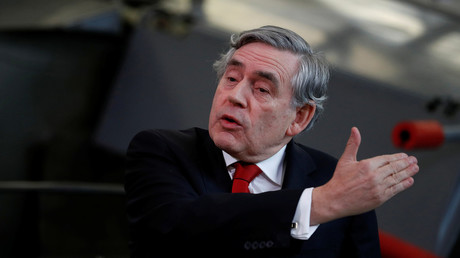 Archant’s chief content officer Matt Kelly, whose company owns newspaper titles in East Anglia, London, Kent and the South West, said: “We are deeply concerned by the effect the Section 40 costs sanctions and proposed inquiry would have on our business.”

Editor of the Maidenhead Advertiser said: “The amendments represent an attack on press freedom which is completely unacceptable in our society.”

However, there are those that say that the press has failed to regulate itself after a litany of scandals. Professor of Communications at the University of Westminster, Steven Barnett says that it is “too easy to forget the litany of outrageous press abuses that were exposed during the Leveson hearings.” He claims in a blog for LSE that the first Leveson inquiry had uncovered “brutal and ruthless behavior conducted in the name of journalism.”

He may have a point. Where was the rigor of press self-regulation to prevent privacy abuses and smears against the McCann’s or the portrayal of Christopher Jefferies when Joanna Yeates was murdered.

It could be argued that there seems to be a startling lack of self-reflection from UK press editors, in terms of identifying the blatant structural deficiencies in a print media system that allows for a handful of press barons to set their own personal agendas through a medium that has the power to influence public opinion so insidiously.

The lack of radical solutions will not be forthcoming from an industry that appears happy to maintain the status quo. The same detractors of Labour’s amendment on state-regulation membership are often the same protagonists critical of anti-immigrant discourse that some would argue has dominated the front pages of right-wing newspapers concerning the issue of Britain’s EU membership. How has their preferred press regulator tackled this issue?

A second amendment, that may win the support of the House of Commons, is to be tabled by former Labour leader Ed Miliband and Europhile Tory MP Ken Clarke. It would require the government to implement another inquiry, and would look into data protection breaches, corrupt payments to police, the spread of “fake news” by social media companies, the use of personal data and the scope of improper or unlawful conduct at media companies.

British trade magazine Press Gazette reported that 92 percent of regional editors polled said they do not want another Leveson-style inquiry into the media to take place, while 69 percent thought some local newspapers would be forced to close if the cost amendments were enacted into law.

Theresa May said the government remained committed to a voluntary system of independent press regulation and has no plans to change such an arrangement, reports The Guardian. Later in Parliament on Wednesday, MPs will vote on Labour’s two amendments to the data protection bill.