Rifles and other firearms made in Britain is possibly being used in wars involving child soldiers, including the conflicts in Syria, Yemen, and Iraq, a report authored by a group of European children’s charities has warned.

The report – compiled by Terre des Hommes, Brot für die Welt, Kindernothilfe and the German Coalition to Stop the Use of Child Soldiers – found that German arms manufacturers Heckler & Koch (H&K) is using its UK subsidiaries as a way to bypass obstacles to arms exports. 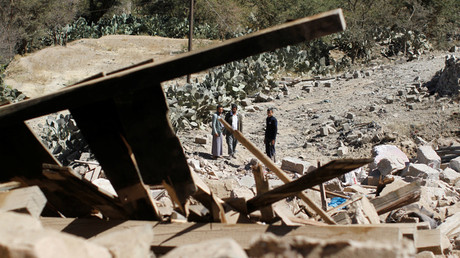 H&K have been operating in Britain since the ’70s when the Ministry of Defense (MoD) licensed the company to produce and assemble some of its weapons.

The report says the arms giant sends some of its merchandise – like ammunition and small firearms – to be sold in conflict regions through the British market every time German political powers oppose the company’s sales.

In 2000 H&K decided to sell arms in the ongoing conflict in Nepal, but when Germany opposed the deal, the company sent 6,780 rifles to Great Britain, which were then granted an export license by the UK government.

“In the end, it remains unclear if and how many rifles were exported. But even if this deal didn’t manifest itself, it nevertheless illustrates how useful such foreign subsidiaries can be,” the report says.

“The UK has consistently armed and supported some of the most brutal and unstable regimes in the world,” Campaign Against Arms Trade (CATT) spokesman Andrew Smith told RT.

“Arms companies don’t care where their arms end up, and who they are used against. They work with the UK because they know that it means very little transparency and that Whitehall will help them every step of the way.”

In May 2015 it was found that Saudi Arabia had been supplying arms to militias fighting in Yemen. Most of those were H&K rifles. On Tuesday the UN High Commissioner for Human Rights confirmed that more than 1,400 children had been fighting in the conflict.

“The government takes its arms export responsibilities very seriously and operates one of the most robust export control regimes in the world,” a spokesperson for the Department for International Trade said.

“All export license applications are assessed on a case-by-case basis against the consolidated EU and national arms export licensing criteria. Our export licensing system allows us to respond quickly to changing facts on the ground. We have suspended or revoked licenses when the level of risk changes, and we constantly review local situations.”