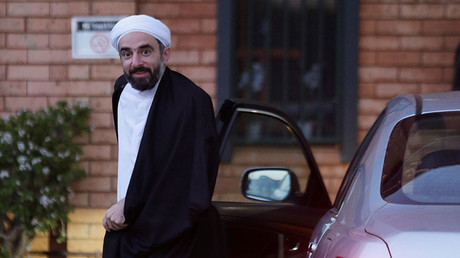 A British preacher known for previous anti-gay comments has had his Australian visa revoked and has voluntarily left the country. The authorities say it is most likely he won’t be able to return.

Farrokh Sekaleshfar told the Australian Broadcasting Corporation (ABC) he had decided to leave following discussions with the Muslim community. He denied making hate comments about homosexuality during a lecture he hosted at the University of Michigan in 2013.

The incident follows the Orlando attacks where 50 people were killed by Omar Mateen, who later pledged loyalty to Islamic State (IS, formerly ISIS/ISIL), when he opened fire in a popular gay club in Florida.  US President Barack Obama called it an act of terror.

Sekaleshfar said his comments from 2013 had been taken out of context and denied his speech could have inspired the massacre.

“Never have I incited hatred or violence against human beings and I want, from the prime minister to the people of Australia to understand that,” he told ABC.

The cleric was in Sydney as a guest speaker of the Imam Husain Islamic Centre during the holy month of Ramadan.

Australian Prime Minister Malcolm Turnbull said he would launch an investigation into why Sekaleshfar had not been put on a watchlist beforehand that would have alerted authorities when he initially applied for a visa.

“The moment that this man’s presence and what he had said was drawn to our attention, the minister [Immigration Minister Peter Dutton] and I spoke about it, the minister acted decisively and his visa was revoked,” Turnbull said in an interview with Radio 2GB.

During the lecture in 2013, Sekaleshfar said “death is the sentence” when he was asked about homosexuality and to “get rid of them now,” according to the Australian newspaper.

The cleric also held a lecture at an Islamic Center in Orlando in March, weeks before the attack. The Husseini Islamic Center has distanced itself from the speaker’s homophobic comments since.

Sekaleshfar said he would respect the actions taken by Australia’s government.