A British Council employee is being detained in Iran after traveling to the country on a family visit. She is the latest in a series of Iranians with British connections to be detained in the country.

Aras Amiri, 32, was arrested on March 14 by Iranian authorities while she was in the country visiting her ailing grandmother.

Her cousin, Mohsen Omrani, told the US-based Center for Human Rights in Iran that Amiri was arrested in Tehran while on her way to the airport. She is currently being detained in Ward 209 of the capital city’s Evin prison. 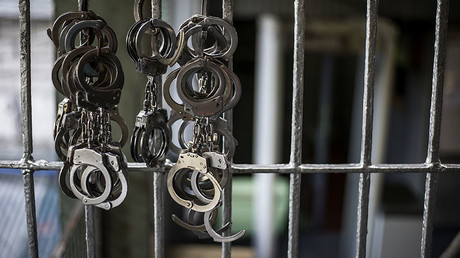 Omrani said Amiri, who has lived in London for 10 years and has a residency permit, had visited Iran frequently in the past without any issues. “She never had any problems before,” he said. “She went to Iran this time for a brief visit to see her grandmother who is in hospital in [the city of] Amol.”

British Council offices in Tehran were closed in response to the launch of the BBC’s Persian service, which was opposed by the Iranian government. Iran also arrested several British embassy officials over their alleged “significant role” in protests following the 2009 presidential election.

The British Council is a public corporation regulated by a royal charter, which is at least 15 percent funded by the UK government. The organization was recently banned in Russia as part of counter-sanctions in the diplomatic fallout from the Skripal case.

Amiri had been studying for a postgraduate degree in Philosophy of Art at Kingston University. “Simultaneously, she has been working for the British Council,” wrote Omrani in a post on Facebook. “She has worked on film festivals and cultural exchanges between UK and Iran, and more importantly some of her activities have been in cooperation with the artistic department of [Iran’s] cultural ministry.”

The cousin added Amiri has now been detained for nearly 50 days over allegations of colluding and acting against the national security.

Iranian officials and state media, however, have not reported the arrest, while the Islamic Republic’s mission to the United Nations did not immediately respond to a request for comment by the Washington Post.

The UK has been attempting to extricate another British citizen, Nazanin Zaghari-Ratcliffe, who has been detained in Iran for two years as part of a five-year jail sentence for her alleged attempts to overthrow the state.

Zaghari-Ratcliffe’s husband claimed she is being held as a “bargaining chip” as Iran demands the UK pays back an alleged debt of £650 million ($884 million) arising from a botched arms sale, the Sunday Times reported.