It has emerged the HSBC and Standard Chartered banks may have “inadvertently been conduits for laundered money” between the Gupta family and South Africa’s president. Possible ties should be investigated, the UK government says.

Hain, who grew up in South Africa and became a prominent anti-apartheid activist, says whistleblowers informed him that hundreds of millions of pounds have been siphoned out of the country via Hong Kong and Dubai and that the banks “maybe inadvertently have been conduits for the corrupt proceeds of money.”

He asked the chancellor to look into whether UK financial institutions may have been exposed to illicit funds owing to their significant presence in those financial centers. 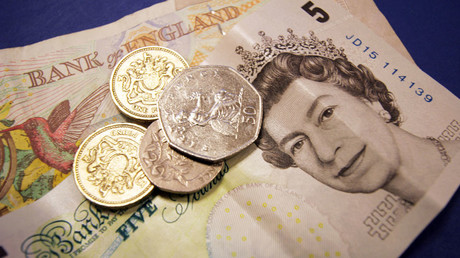 Hain does not accuse the banks of any wrongdoing.

At the center of the allegations are South Africa’s President Jacob Zuma and a wealthy business family, the Guptas. It is alleged the Guptas used their friendship with Zuma to influence state business, including diverting funds from state-owned companies.

Both the Guptas and Zuma deny allegations of corruption and that their relationship gave the Gupta family an unfair level of influence over politics. They say they are victims of a “politically motivated witch-hunt.”

Earlier this year, British PR firm Bell Pottinger collapsed after being embroiled in the scandal. It was ejected from the UK PR industry body for alleging helping stir up racial hatred on behalf of the Guptas.

The fallout from the affair touched accounting firm and auditor of Gupta family businesses KPMG, the South African bosses of which quit.

In reply to Hain, Hammond said the UK takes claims of corruption “extremely seriously” and had asked officials to discuss the matter with the UK High Commission in South Africa.

The FCA said: “The FCA is already in contact with both banks named and will consider carefully further responses received.”

Hain is expected to raise the matter in the House of Lords on Thursday.