A female British backpacker who was allegedly held hostage in the Australian outback for two months and repeatedly raped, beaten and choked has been rescued by police.

A Queensland court heard on Monday the woman, 22, was taken captive by a 22-year-old man after the pair met in Cairns and agreed to go on a road trip.

Police say “at some point that [relationship] soured” and the woman was held against her will. She was subjected to attacks in locations across the state of Queensland between January 2 and March 5, police say.

The ordeal ended on Sunday when police stopped a Mitsubishi vehicle driven by the woman, after she failed to pay for petrol, and saw that she had facial injuries. 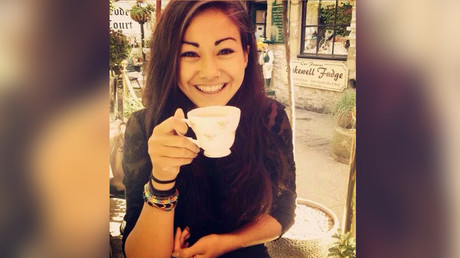 An Australian man who appeared to be hiding was arrested in the back of the vehicle, police say.

Detective Inspector Paul Hart told the Australian press the woman had gone through a “horrific and terrifying” experience, and that officers “potentially saved this young girl’s life.”

Police say the woman appeared distressed when the vehicle she was driving was pulled over on the Warrego Highway at Mitchell, more than 1,000km (620 miles) south of Cairns.

She had stopped to pump petrol at a service station, and then fled without paying. Station staff alerted a nearby police car which gave chase and pulled over her vehicle.

The 22-year-old man from Cairns is facing charges including four counts of rape, eight counts of assault occasioning bodily harm, four counts of strangulation and two counts of deprivation of liberty. 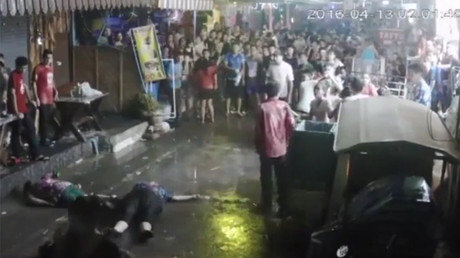 Police say the victim was treated for injuries including facial fractures, bruising, abrasions to her neck and cuts to her body.

Hart said the “very prolonged” ordeal had also left her with psychological injuries. She appeared terrified when found, according to the ABC.

“We would certainly say what has happened to this lady is quite catastrophic so there are numerous supports that are being put in place to help her out during this period.”

He described the woman as a tourist who had been in Australia since 2015. She had not been reported missing.

Since Sunday, the woman has made contact with family in the UK and friends in Australia.

Hart said the woman would require a new passport because her existing one had been damaged by her alleged attacker.