The UK’s youngest convicted terrorist, found guilty of plotting the beheading of Australian police officers when he was just 14, will seek lifelong anonymity.

The defendant, from Blackburn, Lancashire, was jailed for life in a 2015 trial for inciting terrorism but was granted anonymity by the judge until adulthood amid fears he would be “glorified for what he has done” by certain individuals in society.

The teenager was convicted of trying to persuade Australian jihadist Sedvet Besim, who was 18 at the time, to plot an attack in Melbourne on Anzac Day. The plot was foiled by Australian police. 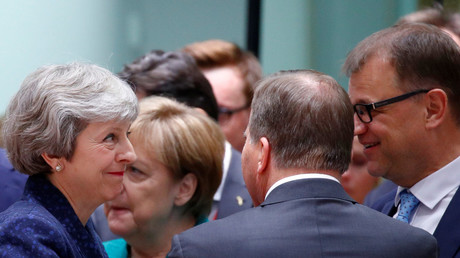 As long as he is assessed to be not posing a threat to the public, the teenager, referred to in court as RXG, will be eligible for release in 2020. If courts uphold the teenager’s request for his identity to remain concealed, he would be the first terrorist in the UK to be granted the right.

His lawyers will fight for their client’s name to remain secret claiming his right to privacy under human rights law, as well as his desire for a “second chance”, outweighs the public’s right to know about his past.

They will have to convince the judge that revealing their client’s identity would put him at serious risk of reprisals and be an obstacle to his rehabilitation.

Manchester Crown Court was told at the Blackburn teen’s sentencing that he had used social media and encrypted messaging services to convince Besim to carry out the attack.

It later surfaced he had threatened to behead his own teachers too. The court also heard how RXG had previously been radicalized by online Islamic State
(IS, formerly ISIS/ISIL) propaganda.

Roy James, who was Maxine Carr’s former lawyer, told the Sunday Times: “Everybody has a right to family and private life. He [RXG] would have to demonstrate that there is a real risk to him — as we did in Maxine’s case.”

The application for anonymity is expected to be heard in October.