BAE Systems, Britain’s biggest arms manufacturer, will cut more than 1,000 jobs this week, it has been reported.

According to Sky News, BAE will slash the bulk of the jobs at its Warton plant in Preston, Lancashire, while workforces at other locations will also be “trimmed.” An exact figure of redundancies has not yet been revealed by the firm. 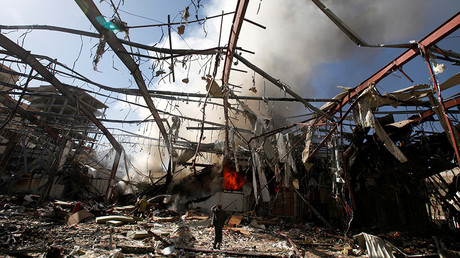 The cuts are understood to relate to the sluggish pace of production of the Eurofighter Typhoon jet, as well as uncertainty around the timing of a potentially large order from Saudi Arabia.

The move is likely to ignite a political row, with heightened sensitivity over workforce reductions at major exporters amid uncertainty over Brexit. Sources said Brexit was “not a factor” in the decision, however.

The latest round of redundancies are expected to be made public on Tuesday, although the announcement could be brought forward to later on Monday as a result of the early disclosure.

FTSE 100-listed BAE employs 34,600 people in the UK, nearly half of its 83,000-strong global workforce. Its largest markets are Britain and the United States, and it also has substantial operations in Saudi Arabia, India and Australia.

BAE announced last month that it had secured an order for 24 of the combat aircraft from Qatar, a deal hailed by Defense Secretary Michael Fallon as “an important moment in our defence relationship and the basis for even closer cooperation between our two countries.”

In August, BAE reported a better-than-expected 11 percent rise in half-year core profits to £945 million, and said it was on track to meets its full-year target.

At the time, Charles Woodburn, who took over as Chief Executive in July, said that he planned to sharpen operations but saw no reason to change the overall strategy of the company.