The UK’s next-generation nuclear missiles, which are set to cost £31 billion ($40 billion), are facing delays due to the discovery of faulty welding in ballistic missile tubes designed and manufactured in the United States.

The embarrassing revelation has been confirmed by Bill Couch, a spokesman for the US Naval Sea Systems Command, who has admitted that none of the missile tubes delivered by US contractor, BWX Technologies, had been fitted into the submarines under construction, the Times reports. 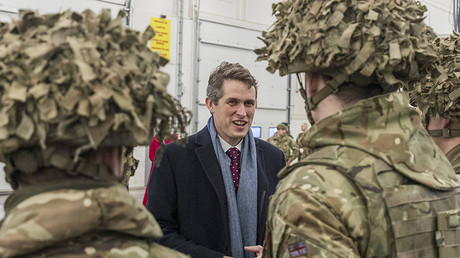 The paper suggests that the defect could hinder the replacement of the Royal Navy’s four Vanguard-class ballistic-missile submarines, which are being replaced by new Dreadnought-class submarines. These are scheduled to come into service in the 2030s.

Couch said that the welding operation by the company had been suspended until a full investigation could be completed. “The [US] Navy is working closely with the UK to evaluate impacts to Dreadnought,” he said.

British arms manufacturer, BAE Systems, is building the four submarines but its program relies on the smooth integration of technology and components from the US, whose primary contractor is General Dynamics.

The UK-US cooperation in the sensitive area of nuclear weapons dates back to the 1962 Nassau Agreement, which paved the way for the launch of the UK Polaris program.

A Ministry of Defense spokesman said: “We are aware that a welding-quality issue on submarine missile tubes manufactured by US company BWX Technologies is under investigation, but our Dreadnought program remains on schedule and within budget to deliver the first boat in the early 2030s.”