With gas supplies crippled amid a freezing winter by the shutdown of a major pipeline, the UK has apparently turned to a Russian project targeted by US sanctions, with reports indicating that a deal was struck for a shipment of gas by the end of December.

Some 170,000 cubic meters of liquefied natural gas (LNG) carried by the Christophe de Margerie ice-class tanker, the first vessel of the Novatek-operated Yamal project in the Arctic, has been bought by a British energy company. It is now heading to the Isle of Grain terminal in the UK, the Telegraph reported.

One of the largest Russian natural gas producers, Novatek, revealed Monday that the cargo was sold to Petronas LNG UK Limited (PLUK), the UK branch of Malaysia’s Petronas.

PLUK has a 50 percent stake in the Dragon LNG Terminal at Milford Haven, so that’s where the tanker could also be heading, S&P Global Platts reports.

Novatek has so far issued no comment on the vessel’s ultimate destination. 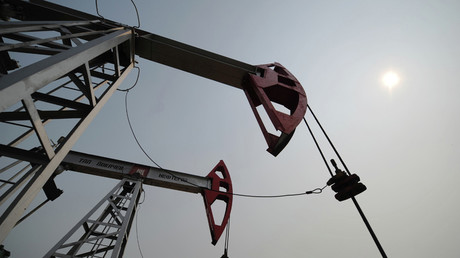 As a deep freeze settles over Britain, the shutdown of the North Sea’s most important fuel transport route has left authorities in a precarious position. Ineos, a private company which owns a key refinery near Aberdeen, said it discovered a crack in a vital 42-year-old oil and gas pipeline, which will require at least two weeks’ maintenance work.

The disruption was compounded by an explosion at a major processing facility in Austria, the combination of which has caused wholesale gas prices to hit their highest level for six years, increasing by more than 50percent in the space of 24 hours.

To add to the problems, the Morecambe gas field in the Irish Sea is processing half its usual supply and there have also been stoppages in the Dutch and Norwegian operations that supply the UK’s energy needs.

And all this comes as temperatures in central England have plummeted to minus 13 degrees Celsius: almost 15 degrees chillier than the usual average December low.

All this come as British Prime Minister Theresa May has escalated her anti-Russian rhetoric in recent weeks, accusing Moscow of interfering in elections and looking to “weaponise information to challenge the West.” And the Conservative-led British government has been among the loudest voices calling for penalties and embargoes against Russia. 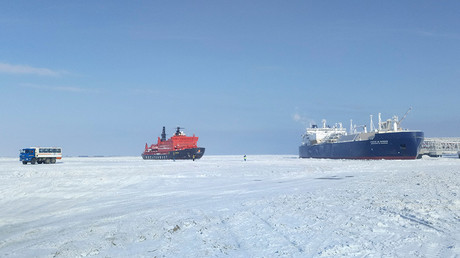 Ironically, the Christophe de Margerie which might now be carrying gas to the UK was loaded at the personal command of Russian President Vladimir Putin.

At present, British and EU sanctions do not directly target the Yamal Project, but they have lumbered Russia with various restrictions that deprive its energy companies of finance and technology for other schemes. This affects innovation and the development of new fields and delivery mechanisms, which may ultimately compromise Russia’s ability to supply the rest of Europe going forward. The Financial Times quoted a “person close to Russia’s energy ministry” as saying this situation made the UK “look like someone biting the hand that feeds him.”

The UK’s shock move opens up a wider question about energy security on the continent, especially in light of American attempts to prevent the development of Nordstream 2 – a pipeline connecting Russian gas to the German market. Berlin regards the new pipeline as vital to its interests, and Moscow sees it as a way to prevent a hostile Ukraine from interfering in its energy exports to the European Union.