Over 50 criminals wanted in Russia on various charges are currently being sheltered by the British government, Russia’s London embassy says.

A press report compiled by the Russian embassy in London blasted the UK government for practicing double standards when it comes to prosecuting high-profile Russian criminals that are now residing in Britain. 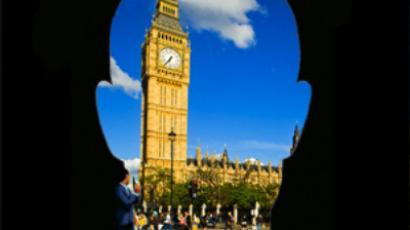 The embassy accuses the UK of hypocrisy, saying it harbors a significant number of criminals wanted by Russian prosecutors, whilst at the same time condemning Moscow’s attitude to the rule of law.

A 2015 corporate report by the British Foreign Office titled ‘Russia – Country of Concern’ claimed that “the rule of law in Russia remained inconsistent and arbitrarily applied.”

“Concerns about the impartiality of courts, corruption and poor prison conditions were ongoing,” the report stated.

However, the Russian embassy dismissed the accusations as “dubious” and “agenda-driven” tactics.

A massive anti-corruption drive was launched by the Russian government last year, which saw the country’s economy minister, Aleksey Ulyukayev, placed under arrest.

At the same time, the embassy pointed out that the British government has refused to extradite 51 Russian citizens wanted on criminal charges in Russia from 2002 to 2016, and “dozens of cases are still pending.”

In many instances, the refusal to extradite the criminals was made simply by the personal decision of the UK home secretary without any legal proceedings.

The British government often does not provide reasons for refusing to extradite these individuals, beyond a general “protection of human rights” argument.

The embassy, however, emphasized that the extradition requests are accompanied by detailed information on the nature of the criminal charges as well as numerous guarantees by the Russian authorities that all rights of these individuals will be respected under domestic and international law.

“London prefers to keep ignoring real expert opinions, even by British experts, as well as written guarantees by the Russian side,” the embassy’s report stated.

However, the UK government has itself called on Russia to violate its constitution and extradite Andrey Lugovoy, who is charged with murdering former Russian security officer Alexander Litvinenko in London.

President Vladimir Putin accused the British authorities of a “colonial mentality” and stressed that the UK frequently refuses to extradite individuals who are wanted on serious criminal charges in Russia.

According to the report, the majority of individuals the UK home secretary has refused to extradite were financial criminals charged with large-scale fraud and embezzlement of government funds.

The UK’s Financial Conduct Authority and fraud police have been recently pressed to examine allegations that City of London banks processed nearly $740 million from a vast money laundering operation run by Russian criminals. 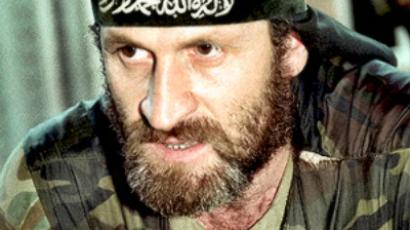 The British government is also still sheltering Akhmed Zakayev, the former head of the Chechen Republic of Ichkeria (ChRI), who is wanted on terrorist charges in Russia.

The ChRI is a terrorist organization that was linked to the kidnapping and beheading of four British telecommunications engineers in 1998.

Speaking to RIA News, Loisa Petschi, a widow of one of the victims, said: “The UK allows Chechen terrorists to enter the country and claim political asylum.

“I do not understand – do they intend to continue their militant activities here, in the West?” Petschi told the reporters.

Embattled Russian oligarch Mikhail Khodorkovsky, who is currently facing charges by Russian investigators of two counts of murder, recently announced that he might seek refuge in Britain.

“Definitely I’m considering asking for asylum in the UK,” Khodorkovsky told the BBC.

It is unlikely that he will face any hurdles by the authorities in having his claim satisfied, given the British government’s apparently flexible stance on alleged Russian criminals.