The controversial search of a Russian plane by British officials at Heathrow Airport was conducted to protect the UK from organized crime and the smuggling of harmful substances, the UK security minister has said.

Moscow had described the search of an Aeroflot plane as “illegal” and called for an explanation from British authorities.

“It is routine for [UK] Border Force to search aircraft to protect the UK from organized crime and from those who attempt to bring harmful substances like drugs or firearms into the country,” UK Security Minister Ben Wallace said on Saturday. He insisted that once the “checks were carried out,” the aircraft “was allowed to carry on with its onward journey.” 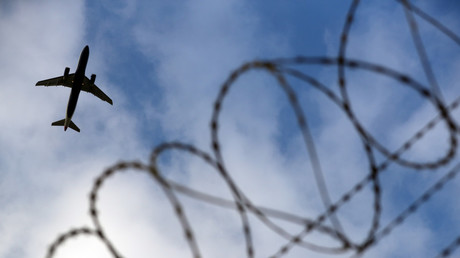 Wallace’s statement came as Russia demanded explanation for the search. The Aeroflot Airbus A321 plane was searched by British officials at Heathrow Airport upon its arrival from Moscow Sheremetyevo Airport on Friday. Officers said they needed to inspect the plane and demanded that the crew disembark, isolating the captain in the cabin.

Aeroflot and a number of top Russian lawmakers said the search was “illegal” and contrary to “the international practice of performing such inspections.” Russia’s Transport Ministry issued a statement warning of reciprocal actions if Britain didn’t provide an explanation for the search.

“If no explanation is forthcoming, Russia will deem the search illegal and will reserve the right to take similar action against British air carriers,” the statement from ministry said.

The Russian embassy in the UK filed a note to the Foreign Office, demanding an explanation, while Russia’s Foreign Ministry spokeswoman Maria Zakharova called the incident just “another provocation by the British authorities.”

The incident follows a flare-up in tensions between Moscow and London over the poisoning of former Russian double agent Sergei Skripal and his daughter in Salisbury earlier in March. Top London officials, including Theresa May and Boris Johnson, claim that the Skripals were poisoned by a Soviet-manufactured nerve agent, calling for immediate reprisals against Moscow. Police, however, says the investigation may take weeks or months to conclude. Russia has vehemently denied any involvement in the poisoning and has urged London to provide evidence, including samples of the nerve agent, instead of groundlessly apportioning blame.