Picture the scene. Doris and Edna voted at their local primary school this year. The 82-year olds backed May, after voting Brexit, because they were brainwashed by Russian bots sometime between their blue rinse and the last episode of Eastenders.

Well, that’s essentially the picture being painted by the head of the UK elections watchdog. And, he is being serious. The electoral system in the UK is flawed, and needs rapid overhaul, according to campaigners and politicians across the nation.

Britain’s first past the post (FPTP) system has been abandoned by former colonies but kept in the UK, and has been ridiculed for creating a one-party state, as well as being unrepresentative of thousands of people across the UK. 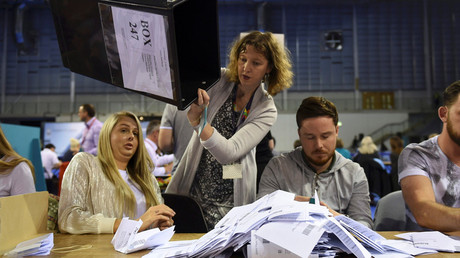 The left-wing Guardian has been calling for a new system of proportional representation for years, as has the government’s Labour opposition. Yet, the reason that electoral reform is needed, according to Sir John Holmes, is because of Russia.

“It would be naïve to assume that what we know happened in the US and France around their elections did not and could not happen here,” Sir John told BBC Radio 4’s Today program.

“And there has been evidence coming from the US inquiry that some of that activity was happening. What we have done is asked companies like Twitter, Google and Facebook to tell us what was happening here in the same way they did in the US.”

Holmes, an ex-Moscow diplomat, instead thinks that the influence of social media is swaying votes in the UK. Given that the largest voting group in the UK is over 71, that’s a lot of silver surfing. In fact, of the internet age – considered to be 18-24-year olds – less than 60 percent bothered to cast a ballot. 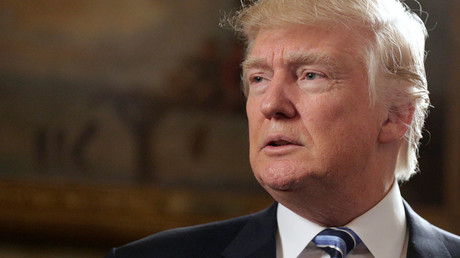 Holmes, a former diplomat who has served in Moscow, said it was “impossible” for the Electoral Commission to “regulate or prevent what Russia is doing.”

The Electoral Commission has launched an investigation into allegations of Russian interference in last year’s Brexit referendum and the general election.

Researchers at the University of Edinburgh found more than 400 fake Twitter accounts attempting to influence UK politics among 2,752 suspended by Twitter in the US. These were 400 accounts out of 974 million worldwide.

These 400 are believed to have had some kind of impact, however. Most people struggle to get their tweets noticed in the Twittersphere of constant information, opinions and memes. But these 400 were more than a drop in the ocean, according to researchers.

Foreign Secretary Boris Johnson told MPs last month that he had not seen any evidence of Russian interference in the Brexit vote or the general election.

Holmes also said local council cuts were to blame. He did not exactly make clear if it was town halls in Shropshire or the Kremlin causing the most damage, but the Electoral Commission is setting out to investigate the claims of Kremlin intervention.

Not much, it seems, can be done about the plague of postal-vote rigging that Holmes’ predecessor, Richard Mawrey, said was “easy” in the UK. The problem is so widespread that voters in five local authorities will need to show ID before they can vote in local elections.

In five areas, Holmes will try and make sure something is done about voter fraud skewing the polls. He wants new rules requiring political campaigners to give voters “transparency about who is trying to influence them, who is paying for it”.

He said that free photo ID cards could be given to poorer communities who cannot afford a passport or driving license under new plans to show identification at polling stations.