The UK is exploiting European solidarity and behaving like a ‘mafia state’ by pushing forward warmongering accusations and excluding Russia from the Skripal poisoning probe, the former vice-president of OSCE assembly told RT.

Britain’s behavior in the Skripal poisoning scandal is “a major danger to international peace,” believes Willy Wimmer, who held the vp position with the Organization for Security and Cooperation in Europe (OSCE) assembly from 1994 to 2000, and who had previously served as state secretary to Germany’s defense minister.

“I think we would call this state a mafia state because it is against all European and international rules and regulations how the British government has behaved in a criminal case with regard to another country,” Wimmer told RT. 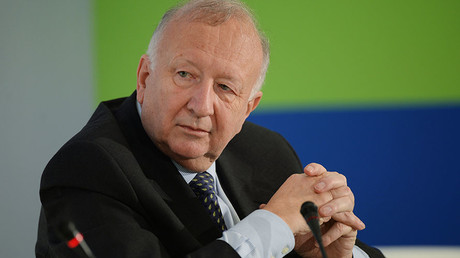 The UK has a history of pressing forward warmongering rhetoric, Wimmer said, recalling Britain’s decision to go to war in Iraq. “We, as Europeans, have an experience with the British. We only have to look back to Tony Blair. They lie from one war into the next one.” The long awaited Chilcot report, published in 2016, offered a damning critique of Blair, stating that he deliberately exaggerated the threat posed by the Iraqi regime and had relied on “flawed” intelligence.

“And that is why I think as long as the British don’t behave in a proper, legal, international way, I think we all should believe that this is another British lie, at least to go for war against Russia,” Wimmer added.

The former OSCE assembly vice-president said the EU’s position of standing in solidarity with the UK was standard allied behavior but warned the bloc might think twice before doing so again in the future.

“If a country asks for solidarity and for support, it is given by the others because otherwise you can’t run certain organizations like EU or NATO. What the British are doing – the government of Theresa May is exploiting this will of solidarity, which is a basic foundation of the European Union and NATO.”

The European Union previously rushed to stand by UK’s ‘belief’ that Moscow was ‘likely’ behind the Salisbury attack on March 4, despite the failure by experts at the British chemical weapons laboratory at Porton Down to link the samples of the nerve agent to Russia.