Macer Gifford left his high-flying city job in 2014 to join the fight against Islamic State in Syria. Now, as peace talks get underway, he wants his comrades in the Syrian Democratic Forces (SDF) at the negotiating table in Geneva.

Arriving back in the UK just weeks after participating in the battle to free Raqqa, the de-facto capital of Islamic State (IS, formerly ISIS), Gifford is adamant that a deal involving the SDF offers the best chance of a lasting ceasefire between Damascus and opposition groups, and constitutional reforms that reflect the nation’s diversity.

The SDF, a coalition of Arabs, Kurds and other ethnic and religious minorities armed by the US, has liberated swathes of territory from IS control. Despite self-governing up to a quarter of the country’s northern region, representatives of the Democratic Federation of Northern Syria (DFNS) have not been invited to peace talks.

Speaking to RT in London, Gifford described his relief at seeing Raqqa finally wrested from the grip of IS – a fight for which SDF fighters have paid a high price.

“The liberation of Raqqa was a weight off my shoulders. It was something that I’d been fighting for for three years now. It was a brutal and difficult fight, Raqqa. Hundreds of SDF fighters died, the city was severely damaged by the airstrikes and by the Islamic State’s tactics overall. And to come to the end of all this was a massive relief,” he said. 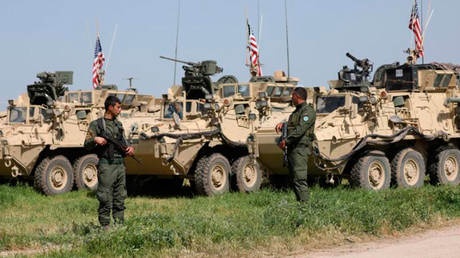 “But then there was also a great deal of sadness as well because some of the people I’d started out on this journey with had died and they weren’t at the end and some of them had even died within a few days of the liberation. So it was real mixed feelings.”

IS may have lost its urban strongholds, but its fighters are still at large in the vast desert regions of Syria and Iraq. The war is by no means over.

“Now that ISIS have been defeated in Raqqa and in Mosul too, they’ve scattered. Their so-called caliphate has imploded,” said Gifford. “There’s two sides to the Islamic State. They were a state in every sense of the word – they had the infrastructure, they had the financing and they had the territory of what you could call a state. That’s now gone – we’ve defeated it.

“The difficulty now is that the twisted ideology that underpins Islamic State is the next thing that we’ve really got to go after. Because, of course, these people are still out there, they’re still running around in the desert. But a lot of them are dead men walking.”

The counter-insurgency campaign to finally stamp out the extremist group could last many years. But Gifford doesn’t believe hunting jihadists is necessarily the most pressing challenge facing Syria right now. The priority, he says, is a comprehensive ceasefire and a new democratic framework.

Peace talks have started in earnest. Russia, which took the lead in brokering an agreement with Turkey and Iran at Sochi last week, has called for a Syrian National Dialogue Congress to take place in December. The aim is to further the peace process, agree constitutional reforms, and set a date for free elections. 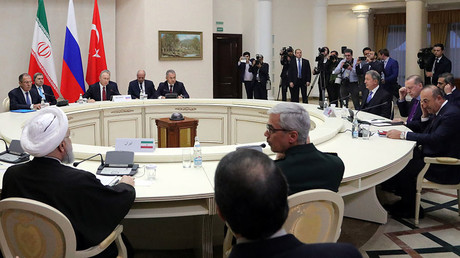 “The problems that the international community, particularly Britain and America, and regional powers like Turkey and Saudi, are facing is that they’re not representing all of Syria,” Gifford said. “They are backing groups, some groups within the FSA are just as bad as the Islamic State – we have to be absolutely clear with people about that.

“Many more are nationalists who want to see a very different Syria than the rest of the world really wants to see. And the frustrating thing is these people are also very unmovable – they have got one objective in mind and that is the removal of Assad. That they want to keep out minority groups and they want to dominate the narrative. And it’s deeply frustrating for those who actually want a very realistic, very pragmatic approach, and an inclusive one, too.”

Gifford broadly accepts the Russian peace plan, but warns that it could be just as unrepresentative if the SDF are denied a seat at the table.

“The Russian track is actually very workable, but not in its current form, in my opinion. What I want them to do is not to bow to any pressure from Saudi or Turkey and not invite the Kurds. They are far too big to leave out,” said Gifford.

“It’s deeply worrying for me as a humanitarian and as an activist not to see the invitation already reached out to the SDF, primarily because it’s not realistic – if you don’t invite these people who control 25 percent of Syrian territory and are democratic and they also are Syrians, they’re not foreigners – it means that any future deal would be unworkable. But what I hope to see, very soon, is an open invite, very shortly from the Russian government, to the SDF.” 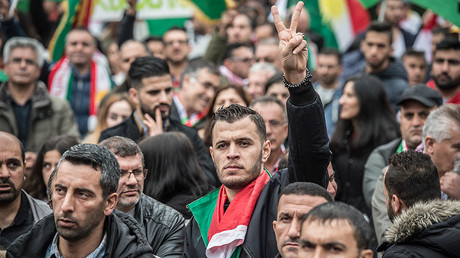 Since the start of the Syrian civil war in 2011, Britain and the US have insisted on the removal of President Bashar Assad. They argue that the regime’s violent repression of the Arab Spring protests, use of barrel bombs on rebel-held territory, and suspected use of chemical weapons means there is no place for him in Syria’s future. But Assad can’t simply be wished away, says Gifford, and Britain and America’s continued calls for his removal are at odds with reality.

“I don’t think they’ve properly understood the crisis – and certainly not Britain. Britain is probably the worst,” said Gifford. “We need the world to realize that the reality is that Assad is here to stay, he’s won the Syrian civil war, he defeated the FSA in Aleppo. And the FSA is divided, it’s weak, it’s pulling in different directions, and it’s not at all a coherent opposition to anybody. And it’s certainly not capable of starting a government by any stretch of the imagination.

“So what I want to do is I want an immediate ceasefire. I want all the people of Syria to get round the table and we need, really, a coalition, a coalition of the willing, where people talk about the future, about a democratic Syria, a secular Syria, one that’s built to last and one that’s built for everybody. And the SDF have a huge role to play in this, and as Syrians they’re very much open just to seeing Assad stay. And as long as there’s democracy the people will then choose in future whether he stays or goes. But it’s got to be the Syrians that decide. Not us. Not the Brits and not the Americans.”