A British teacher has been locked in a “rat-infested” jail in Abu Dhabi for sending “an insult” on Facebook. Christian Wilke, 39, is reportedly being denied medical care and an adequate amount of food.

His mother, Christine Wilke-Breitsameter, says Wilke has not been told what his charges are, but that they are related to “electronic insults” which could mean sharing the wrong post on Facebook. He has been held in Al Ain prison since October 2017.

“The conditions in Al Ain are cruel. He’s barely being fed and has lost 18 kilos of weight,” Wilke-Breitsameter wrote in a Change.org petition calling for his release. “My son has been struggling to survive for months.” 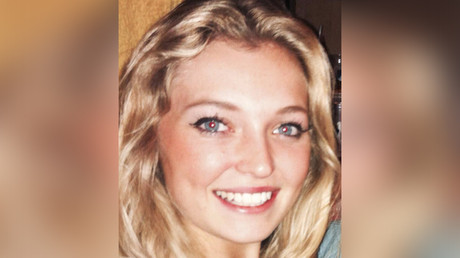 “There are rats running around and cockroaches in the food. Being there he developed pneumonia and was denied adequate medical care. His blanket has not been changed for four months. He was put under pressure and sleep deprivation. The light was switched on for four weeks when he was in pre-trial detention. During the day it is too hot in prison and during the night it is too cold.”

Wilke-Breitsameter says her son was denied a lawyer for 52 days and could not contact anyone outside prison until Christmas. She says his entire trial was conducted in Arabic, which he does not understand.

“As we now know he was sentenced to one year imprisonment and the equivalent of €12,500 (£11,175/US$15,500) in punishment for an ‘electronic insult,’” she told the Mirror. “That can be anything. A five-year-old Facebook post which the government classifies as critical.”

Wilke, who has dual British and German nationality, worked in England as an IT teacher at various schools, including Downe House – where the Duchess of Cambridge went to school – until 15 months ago.

The United Arab Emirates has hit the headlines on numerous occasions in recent months for detaining British travelers. One man was jailed for sending a WhatsApp message to a dodgy car salesman after he was swindled out of thousands of pounds.

Last year, a man was detained for flipping the bird to another driver, and another man was jailed for accidentally touching another man’s hip in a bar. That was followed by a British woman being jailed for witnessing a punch-up, and another man being imprisoned for having smoked marijuana – before he had even arrived in Dubai.