Cheers, comrades! A special beer is to be brewed in commemoration of the 80th anniversary of the Spanish Civil War, when thousands of British volunteers took up arms against the Nazi-backed forces of General Franco.

The real ale will be made by a Durham-based micro-brewery Black Hill Brewers, which was set up by ex-miner Chris Graham. 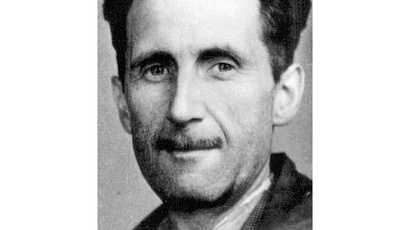 Dubbed ‘Brigadista,’ the beer will be dedicated to the women and men who traveled to Spain to fight for the democratically-elected republican government against General Francisco Franco, who was supported by Nazi Germany and fascist Italy.

The beer will carry the slogan of Spanish republicans: “No pasaran!” (They shall not pass!)

Some 2,500 volunteers from Britain and Spain volunteered to fight in the 1936-39 conflict, including renowned writer George Orwell, author of 1984 and Animal Farm. Of these, some 526 were killed.

Orwell, whose real name was Eric Blair, was wounded in the neck during the war. He eventually made his way out of the country as an internal battle between Stalinists and revolutionary socialists raged within the republican army.

Historians say 500,000 people – or 3.3 percent of the Spanish population – were killed on both sides of the conflict. According to several sources, a further 100,000 people were killed on Franco’s personal order following the war, while another 35,000 died in concentration camps.

The special commemorative beer will be brewed in conjunction with anti-fascist group Hope Not Hate and the International Brigade Memorial Trust (IBMT).

“We are immensely proud to be working with the International Brigade Memorial Trust (IBMT) and Black Hill Brewers on this project and we hope to raise a good and healthy sum of money for both [groups’] educational work,” Hope Not Hate’s Matthew Collins said.

The beer will be launched on International Workers Day, May 1, in London and Manchester.