British workers expecting a pay boost following a post-Brexit drop in migration to the UK are likely to be disappointed, a new report says.

A study by the Resolution Foundation says a cut in migration could deliver a small boost in the pay of some low-paid British-born workers. 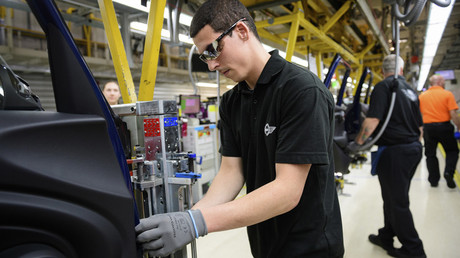 But the think tank says any increase is likely to be undermined by a weakening of wage growth forecast by the Bank of England (BoE) in the wake of Brexit.

Stephen Clarke, a policy analyst for the think tank, told the Press Association: “The impact that recent widespread migration has had on British-born workers is hotly disputed.

“While there has been no effect on wages overall, increased migration has caused a slight drag on wages for some low-paid British workers.

“However, those expecting a wage boost off the back of a post-Brexit fall in migration are likely to be disappointed.

“Any such gains will be dwarfed by the losses caused by the post-referendum slowdown in the economy.”

The report, published Tuesday, looks at the impact of migration on the labor market over the last decade, when the share of migrants in the population increased from 10 percent in 2004 to 16 percent in 2016.

It combined this with an assessment of how the government’s ambition of cutting migration numbers from 300,000 to the tens of thousands could impact future earnings and employment. 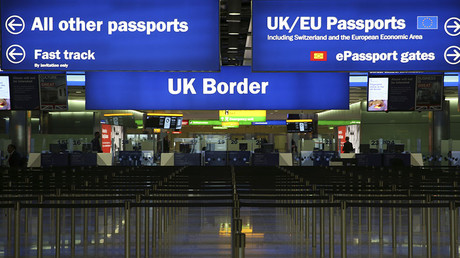 The report shows the increase in migration has had no impact on the wages of British-born workers overall, but it has impacted on the earnings of some occupations such as skilled trades.

It says reducing migration to the tens of thousands immediately could boost the wages of British workers in sectors most affected by migration between 0.2 percent and 0.6 percent by 2018.

But those increases would be dwarfed by the 2 percent downgrade to average wage growth which has been forecast by the BoE.

While cuts in migration are not expected to have much of an effect on the earnings of British workers overall, the report stresses the need for the government to move quickly to address post-Brexit challenges faced by businesses.

The report points to sectors such as food manufacturing, clothing manufacturing and domestic personnel services as those which could potentially be harmed by lower levels of migration.

“Going forward, recruitment is likely to be a challenge for these sectors. Given the fact that migrants in these sectors earn a lot less than native wages, it is unlikely that these sectors will be able to substitute migrant for native labor without rethinking their business models,” it added.

The report suggests replacing migrant workers with British-born workers is unlikely to be a realistic solution, given apparent disparities in pay between the two groups.

The Foundation wants the government to come up with a plan to help low-paying sectors adapt to the post-Brexit world, and wants ministers to guarantee the rights of existing migrants to continue to work in the UK.