A combination of economic turmoil, the threat of leaving the EU and the handling of the refugee crisis may be responsible for Britain’s fall from the top spot in the global ‘soft power’ index, with the US taking over first place.

The soft power ranking is judged on social and cultural influence rather than traditional forms of power.

The 2016 edition of the Soft Power 30 report has placed the US ahead of Britain.

The report, first published in 2015 by Portland, compiles statistics from polling data such as cuisine, culture, luxury goods and foreign policy, drawing exclusively on international stats to maintain accuracy. 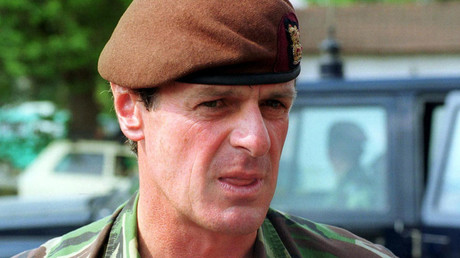 Soft power is taken seriously because its resources “form the essential building blocks that underpins a country’s reputation and its potential for international influence,” says Jonathan McClory, the report’s author.

The lead position for 2016 is taken by the US, followed by the UK, Germany, Canada and France.

This year’s result suggests the drop in the UK’s position to second place is characteristic of the conditions of Europe as a whole.

The report attributes this to unstable economic conditions and complications caused by the refugee crisis and nationalist movements. Adding to that is the recent change in polls that point to a greater possibility of Brexit.

Meanwhile, prospects for countries across the Atlantic are said to be improving, as proven by America taking top spot and Canada’s inclusion in the top five. China, Japan and Singapore have moved up the rankings as well, as a result of Asia’s improving economic and geo-political state of affairs.

Despite the rankings being dominated by the Western world, the survey increases the scope for other countries to become visible on the global radar through soft power.

The report observed “if a nation can build a sound digital infrastructure and effectively engage in digital diplomacy, then it is likely to perform well across other elements of soft power.”