A little boy was robbed of life-saving medicine after a parcel was snatched from his family’s porch. The perpetrator is still on the loose with the supply worth $5,000.

The expensive medicine was taken this past week from 4-year-old Austin Taylor’s family home in Riverdale, Utah. Taylor needs the medicine following a kidney transplant he underwent two years ago. The medication ensures his body does not reject the new kidney, as the boy also suffers from severe birth defects, KSTU reported.

The boy’s father, Cody Taylor, said he received a notification this week that a new order of his son’s medicine, which is delivered every three months, had arrived at the family’s house. However, when he came home on the day the medicine was supposed to be waiting for him, it wasn’t there.

The father soon realized his son’s medication was stolen, but he couldn’t afford to fork out another $5,000 to replace it. But he then came up with a solution. 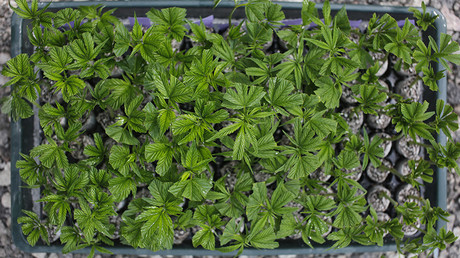 “Luckily my SUV is paid off. I was prepared to take out a loan and pay for the medication outright,” Taylor said, KTSU reported. “He’s my little miracle. He’s my hero. Because of everything he’s gone through, I can’t complain about life.”

Even though the thief is still on the loose, the boy’s father had a strong message for the thief.  “You don’t know who you’re hurting by your actions. It could range from ruining someone’s Christmas to threatening someone’s life. You just never know.”

In the wake of the robbery, a company called “The Porch Locker” donated a lock box to the family, so the little boy’s medication will be safe from thieves, KTSU reported.