A top private school in London has promised to introduce gender-neutral uniforms in a bid to support the soaring number of students questioning their identity.

Highgate School, in North London, is seeking to abolish the distinction between girls’ and boys’ dress, and introduce a mix-and-match uniform that would accommodate all pupils.

While girls at Highgate currently have the choice between gray trousers, dark blue jackets and ties, boys do not have the option to wear the same gray pleated skirts that girls can wear.

They also have to wait until they reach the age of 16 before they can get their ears pierced.

“This generation is really questioning [if we are] being binary in the way we look at things,” Adam Pettitt, headmaster at Highgate, told the Times.

However, Pettitt added that some former pupils have spoken out against the new rules amid concerns they could be misleading.

“They write in and say if you left children to their own devices they would grow up differently and you are promoting the wrong ideas,” Pettitt said.

The headmaster said schools are having to mediate between parents and students. Parents often don’t know that their children have queried their gender with school counselors.

Parents would be consulted before any decision is made final, Pettitt said, but he stressed that if some boys feel “happier and more secure in who they are” by wearing skirts, then “it must be a good thing.” 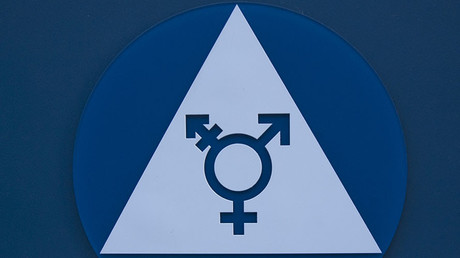 The school already allows for children to ask teachers to call them by the opposite sex, while one boy was also given permission to wear a dress at school.

Highgate has pledged to bring in the new rules amid a growing number of under-18s showing uncertainty over their gender.

According to the Times, up to 2,000 under-18s were referred to the Gender Identity Clinic at the Tavistock and Portman NHS Foundation Trust in North London last year. That is up from the 100 reported when the trust was first set up eight years ago.

Brighton College last year introduced a unisex uniform to accommodate transgender students and those who still question their identity. Students therefore may now choose between a traditional blazer, tie and trousers or skirt and bolero jacket.

But gender-neutral policies have been opposed by some who claim they would only cause more confusion for students.

“Schools need to help young people become comfortable with their identities, not reinforce their anxieties with measures such as gender-neutral uniforms,” he said, as reported in the Times.

Highgate would be joining the roughly 80 state schools, including 40 primaries, which now have a gender-neutral stance towards uniforms.

It comes as schools across the UK seek a “totally trans-inclusive educational environment and curriculum” after Tavistock in July reported the number of students seeking to change their gender had doubled in six months, according to the Guardian.