As many as 3,000 extra border patrol officers will be required to protect Britain’s borders after the UK withdraws from the European Union.

In an interview with the Sun, General Secretary of the Borders, Immigration and Customs Union Luce Moreton said that “Britain’s borders aren’t secure.” 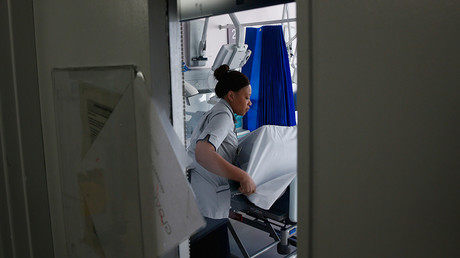 At the same time, the UK Border Force is facing significant budget cuts and shrinking number of officers. In the past five years, the Force’s budget was slashed by an astounding £100 million (US$131.5 million) and in the last year alone 300 out of its 7,900 officers resigned.

This has left a significant dent in the Border Force’s capability to stop illegal immigrants from crossing the UK border. For instance, with the sole exception of London City, all of Britain’s airports are reportedly short on migration officers.

It is estimated that the number of people who have crossed the British border illegally since the beginning of budget cuts in 2012 has risen by some 12 million.

The worrying revelations come after a major illegal people-smuggling operation was busted by the police.

A people-smuggling ring run by an Iranian national was responsible for sneaking up to 2,000 people into the UK for over 10 years.

The £40 million scheme offered a luxury service to mostly wealthy Iranians, who were provided with either genuine Spanish passports of people who resembled them, or with state-of-the-art forgeries.