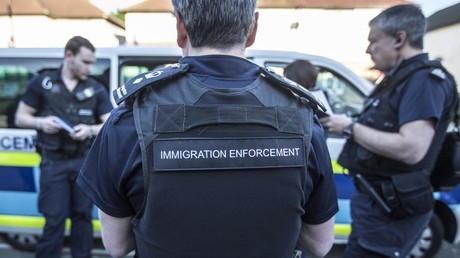 11 children, some as young as 12 were found inside a refrigerated container on a lorry entering the UK. The group of 21, who are thought to be from Vietnam, were discovered at Newhaven’s port in East Sussex, on Thursday.

The group was reportedly discovered following a tip-off from a member of the public, Border Force officers searched the vehicle, finding 21 people who, according to the Home Office, ‘presented themselves as Vietnamese.’

11 of them were confirmed to be minors, the remaining 10 adults were interviewed by immigration officers. Two were subsequently deported, the rest – all thought to be in their 20s – will now be under Home Office supervision while their immigration cases progress.

The group was concealed within a shipment of sparkling water that was being transported by a Romanian national, who has been charged with assisting unlawful entry into the UK.

The suspect, named as 29-year-old Andrut Mihai Duma, is being held in custody. He is expected to appear at a hearing at Lewes Crown Court on November 26.

The case is being headed by the Immigration Enforcement, a Home Office division responsible for policing human trafficking, among other remits.

The group’s discovery follows that of 31 people – including children under the age of five – who were found in the back of a lorry in Portsmouth in September.