After Donald Trump issued a memorandum reaffirming his Iran oil embargo plans, his National Security Advisor has rushed to reassure allies that the measure is not intended to hurt them and even dangled the possibility of waivers.

One of the chief architects of Donald Trump’s belligerent policy on Iran, National Security Advisor John Bolton, softened his boss’s rhetoric on Wednesday, noting that the looming US sanctions against Iran are not meant to hurt American allies, who might be offered concessions to continue trading with the Islamic Republic.

We want to achieve maximum pressure but we don’t want to harm friends and allies either.

Some countries “may not be able to go all the way, all the way to zero immediately,” and halt trade with the third-largest oil producer in the Organization of the Petroleum Exporting Countries (OPEC) Bolton said in a talk at the Hamilton Society. 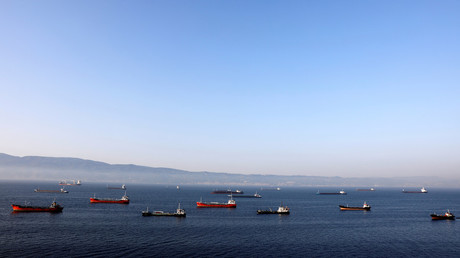 While laying off US allies, the Republican hawk, notorious for his warmongering attitude towards Tehran, stressed that Washington is still committed to punishing Iran. “I think it’s important that we not relax in the effort.”

Less than a week before US sanctions targeting Iranian oil exports and the country’s financial system go into effect, President Donald Trump, in a presidential memorandum on Wednesday, determined “that there is a sufficient supply of petroleum and petroleum products from countries other than Iran” which would permit a “significant reduction” in the import volume of Iranian oil across the globe.

After the US unilaterally tore up the international Iranian nuclear deal (JCPOA) in May, Washington began ‘punishing’ Tehran. The first round of sanctions kicked in in August, followed by the second round on November 5. Ahead of the looming deadline, the US has been pushing its allies to cut all business with Iran, in particular threatening European companies with secondary sanctions.

This heavy-handed approach has drawn sharp criticism from Brussels as well as France, Germany and the UK, who are refusing to bow to the US demands and bring their bilateral trade with Iran to “zero.” Other countries, including the biggest Iranian oil importers – China, India, and Turkey – have also voiced concern about the US threats.

While on the surface the US rhetoric might sound like a reasonable concession, anti-war activist Ken Stone doubts if the US’ softer stance towards allies has their best intentions at heart.

Speaking out against US sanctions, Iran’s President Hassan Rouhani stressed Wednesday that the latest US statements show a sign of a “gradual retreat.”

“We tell them that ‘you will not reach any of your goals with regard to Iran’s oil sales,” Rouhani stated. “You will neither be able to bring it to zero nor reduce it.”