British taxpayers will have to pay millions for a special close protection unit for MEPs, despite the country voting to leave the European Union.

The unit of 46 bodyguards will be used to protect dignitaries and facilities and will include a 12-man team to ensure the personal safety of EU President Antonio Tajani.

The Times reported on Friday that the move is part of a £1.7 billion ($2 billion) spending spree by MEPs aimed at beating the budget cuts expected when Britain leaves. 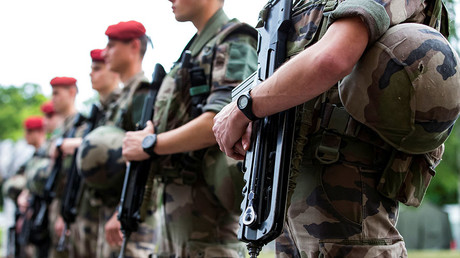 The UK is expected to contribute more than £230 million to what may be the last budget it takes part in, even though it seems to be set to depart.

The “Unit Protection” force will be answerable only to the EU parliament’s administrative wing and will be trained in “high-level technical, psychological and behavioural” skills to carry out their tasks.

“The European Parliament’s costs continue to spiral out of control, now including a private army,” UKIP MEP Jonathan Arnott, who sits on the EU parliamentary budget committee,” told the Times.

“Under Theresa May’s Brexit timetable, we’re likely to still be in the EU in 2018… so the British taxpayer will be footing the bill despite the referendum result.

“Easy ways to cut costs have been ignored year in, year out,” Arnott warned.

The paper quoted one EU security official who insisted that without a dedicated security detail, the parliament would have to “rely on specialist armed Belgian police units who have highly developed contingency plans to protect EU institution.“

The new guard is expected to cost around £2 million annually and their travel costs to accompany the president across Europe are expected to add a further £1 million.