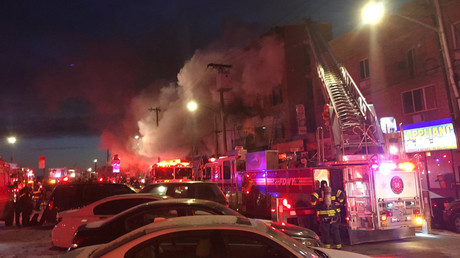 At least 12 people have been injured as a fire broke out at a building in the Bronx, New York City, local media reported citing firefighters.

One person was seriously injured in the fire, local outlet WABC reported, adding that the rest of the injuries were not considered life-threatening.

The 5-alarm fire started at Commonwealth Avenue on Tuesday morning, the New York City Fire Department said on Twitter.The blaze reportedly broke out on the first floor of the building that houses a furniture store. More than 200 firefighters are battling the blaze.

The furniture store is located some 500 meters from the Bronx Zoo.

In late December at least 12 were killed and many seriously injured in the deadly apartment fire in the Bronx. The blaze, which spread floor by floor, came under control within hours. People of all ages were seen fleeing the flames.