A group of cross-party MPs will seek to amend the government’s upskirting bill to ensure a blanket ban on taking voyeuristic images no matter the motivation to close a loophole that could have allowed offenders to escape justice.

Conservative MP Maria Miller, Labour’s Jess Phillips MP, and Wera Hobhouse MP of the Liberal Democrats want to prevent upskirting perpetrators from avoiding criminal prosecution, whether their motivation was financial gain or they if did it “for a laugh.”

A loophole in the bill as drafted means that it would only criminalize those taking upskirting photographs for sexual gratification or to cause distress – failing to cover pictures of celebrities or photos taken for their own amusement. 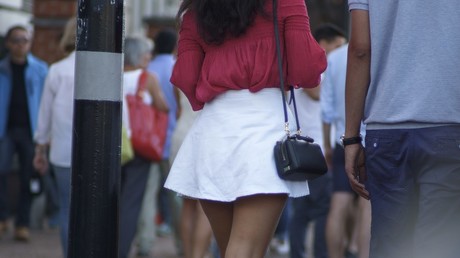 Miller told The Guardian: “If someone was successful in arguing this, it would make a mockery of the law.

“Our amendment will remove the categories and make it unlawful for all upskirting images to be taken, but insert various defenses, including taking the image for the purposes of law enforcement, or where it is a genuine accident.”

It comes after Conservative MP Christopher Chope caused widespread consternation by blocking the private members bill on what he said were procedural grounds. The government subsequently agreed to sponsor the legislation. The bill is scheduled to have a second reading on July 3.

The cross-party group of MPs is also recommending another amendment to the bill that would outlaw the distribution of upskirt images.

Miller has said that she will call for a more extensive review of sexual offences in her speech when she addresses the House of Commons on Monday.

“I’ll be calling for an overhaul of the way it is decided how something is a sex crime – it is absurd that upskirting is a sex crime but posting images online for thousands to see is not a sex crime. It is treating online crime as second-class crime,” she said. “Unfortunately, it’s not something that can be changed in this bill.”