A bisexual white supremacist who plotted a machete attack on people at a LGBT Pride event in Cumbria has been convicted of terrorism offences. Ethan Stables, 20, showed no emotion as the verdict was returned.

Stables was convicted of preparing an act of terrorism, making threats to kill and possessing explosives. Armed police swooped on Stables as he walked towards the New Empire pub in Barrow-in-Furness, Cumbria, which was hosting a Gay Pride event last June.

Leeds Crown Court heard Stables was planning to use an axe and a machete during the attack, but the plan was foiled after he told people about it on Facebook.

Officers received a tip-off from a member of a far-right group on the site, where Stables had posted a message saying he was “going to war” and planned to “slaughter.” The right-wing extremist had a swastika hanging on his bedroom wall and bought a new Nazi armband after his was confiscated by police.

Stables made a series of chilling Google searches including “I want to go on a killing spree,” the court was told. 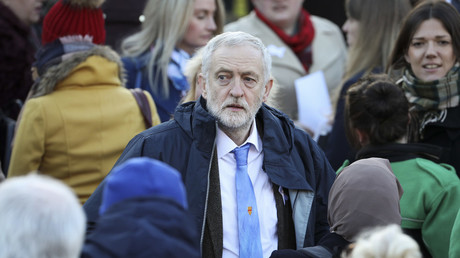 A video was shown in court of him saying “gays look nicer on fire” as he burned the rainbow flag. He claimed in court he had been too scared to reveal his sexuality because his parents “would be disgusted” and said he had had sexual experiences with men.

Jurors also heard Stables was interested in the Columbine High School massacre and had been expelled from school following an incident in which he put another pupil in a headlock.

He became radicalized after a trip to Germany to see a young woman, his mother said. Stables claimed he was “brainwashed” by right-wing extremists he met when he lived in hostels.

He was described by his barrister as “lonely and inadequate” and as having an autistic spectrum condition.

Stables said in his defense that he did not intend to carry out the attack and he was simply venting his anger online. He denied he was doing a ‘recce’ of the venue when he was arrested and said he was heading out to sit outside the Jobcentre to use the free public WiFi.

Stables, of Egerton Court, Barrow-in-Furness, claimed he was a liberal and adopted a right-wing persona to fit in with people he chatted to online.

Stables was remanded in custody ahead of sentencing on Monday.