Cops have been hacking into the Police National Computer (PNC) in order to illegally retain suspects’ biometric data, a report by the UK’s biometrics watchdog has revealed.

Alastair MacGregor QC, Commissioner for the Retention and Use of Biometric Material, says police staff have at times deliberately manipulated their database systems in order to prevent the automatic deletion of suspects’ biometric data. 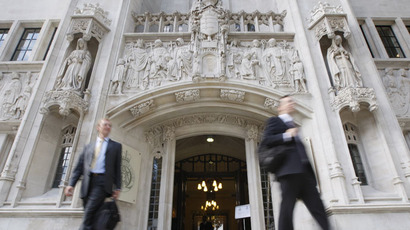 Until 2013, all DNA profiles and fingerprints could be stored indefinitely regardless of whether the suspect had been charged or convicted.

Under current laws, however, the biometric data of suspects who were released without being put on bail are meant to be automatically deleted from the police databases.

Although McGregor expressed major concerns that the official drive to remove the biometric data resulted in the deletion of a significant number of records of terrorism suspects that should have been kept for national security reasons, in a number of cases police staff have altered their custody IT systems in order to preserve these records which should have been deleted. MacGregor suggests that in at least three cases this was done unlawfully.

“Over the past few months I have become aware of a number of cases where biometric material has been lost – or at risk of loss – as result of this problem and I have little doubt but that there have been numerous other cases in which, by this route, unnecessary (and probably unnoticed) deletions have been triggered unwittingly by forces,” the report reads.

The report explained that automatic deletion “will happen even in circumstances where no decision has actually been made about the case and the arrestee has specifically been told that he or she remains under investigation.”

MacGregor’s second annual report since the new rules on biometrics were introduced also revealed that police now have the DNA profiles of 7,800 terrorism suspects—a figure that is rapidly growing. In 2013, the PNC had data from just 6,500 suspects.