In a year that saw malls closing their doors across the country, American shoppers spent nearly $600 billion over the holiday season, making it the largest increase in holiday spending for the last six years.

Retail sales in the US increased by 4.9 percent this holiday season compared with the same period last year according to data from Mastercard’s SpendingPulse, which compiles data from both in-store and online sales across all payment types, excluding automotive sales.

In a press release Tuesday, Mastercard said that shoppers set a new record for dollars spent from November 1 to December 24, adding that it was “the largest year-over-year increase since 2011.”

“Overall, this year was a big win for retail,” senior vice president of Market Insights at Mastercard Sarah Quinlan said in a statement. “The strong US economy was a contributing factor, but we also have to recognize that retailers who tried new strategies to engage holiday shoppers were the beneficiaries of this sales increase.” 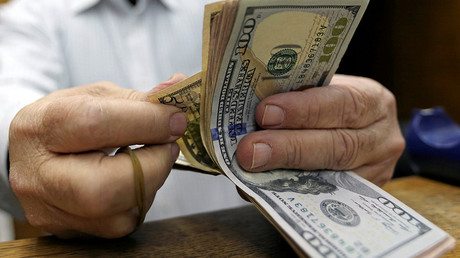 While Mastercard did not say how much money was spent over the holidays, Craig Johnson, president of Customer Growth Partners, said that shoppers would spend $598 billion this holiday season, up $33 billion from last year.

“This is literally the best season since before the recession,” Johnson said, according to CBS News.

Retailers saw “significant jumps” in sales during the first three weeks of November due to early-season promotions, Mastercard reported. The increase in sales was also given a large boost by online shopping, which grew more than 18 percent this holiday season compared with last year.

This year, Adobe Analytics reported that Cyber Monday was the the largest online sales day in history, with shoppers spending $6.59 billion in a single day. However, Quinlan said that brick-and-mortar stores saw the largest increases, with online sales only making up 11 to 12 percent of all purchases.

“While online is important and it’s growing, it is dwarfed by what occurs in the physical stores,” Quinlan told CNN Money. “The brick-and-mortar growth drove this holiday shopping season.”

With more money in their pockets at the end of the holiday season, shoppers made November 24, known as “Black Friday,” and “Super Saturday” December 23 the biggest single days of spending, according to Mastercard.